Best-in-class retailers are revamping their loyalty programs to better integrate with emerging technologies and channels, such as smartphones and social networking sites. The best of the best are honored each year by the COLLOQUY Loyalty Awards program, which recognizes merchants and other organizations in financial services, travel/hospitality and other markets.

Award nominations will be open until July 20, 2012. Winners will be announced September 12, 2012, during the 10th Annual COLLOQUY Loyalty Summit being held in Ranchos Palos Verdes, Calif.

While the loyalty industry has experienced tremendous developments across markets, retailers advanced the most during 2012 in overall program development and innovation, according to Kelly Hlavinka, Managing Partner of COLLOQUY.

“Retailers worldwide really have progressed with the technologies they use for loyalty programs,” Hlavinka told Retail TouchPoints. “This year’s retail nominees reflect a great amount of innovation taking place, especially in terms of experiential benefits and rewards for customers. Retailers also are doing very creative things with the partnerships they develop.”

For example, sporting goods and outdoor retailer Cabela’s partnered with Cenex, a fuel retailer, to develop a co-branded loyalty initiative. By using the companies’ co-branded Visa card, members receive double points or 2% in “club points” for purchases made in any of the 1,600 Cenex locations throughout the U.S. Cabela’s shoppers also can benefit from Cabela’s Club Rewards card, which offers users 2% back from all Cabelas.com, retail and catalog purchases.

“It’s an unusual situation for a retailer to partner with a fuel retailer,” Hlavinka explained, “but when you think about the demographics of both companies, it makes a lot of sense, as well as how they extend the value of the Visa card through their exclusive partnership.”

Express, a men’s and women’s apparel retailer, has gained a loyal following by implementing a multi-tiered approach to its loyalty initiatives. Through the program, Express credit card holders receive larger discounts and more incentives for being members and completing purchases more frequently. However, shoppers can join a standard loyalty program, allowing them to receive discounts despite not opening an Express credit account.

“Through this strategy, Express encourages consumers to accept the credit card offer more frequently,” Hlavinka said, “but it isn’t the sole component of the program.” As a result, if a shopper insists on using a different form of payment, they will still receive rewards for their loyalty and brand dedication, she added.

Integrating Mobility And Loyalty Programs
As consumers continue to consult their smartphones to communicate and find information, retailers will begin to acknowledge the benefits of integrating loyalty programs with apps and other mobile technologies, Hlavinka reported.

“Mobile is a good channel for retailers to extend their loyalty programs,” Hlavinka said. “The key to doing this most effectively is to treat mobile as a complimentary channel to respond to customer preferences and maximize convenience.”

SUBWAY New Zealand, for example, integrated its SUBCARD Loyalty program into a mobile app, which offers customers easier access to offers and account information, such as point balances. Specials can be redeemed via QR codes, orders can be completed through the app, and members can utilize the platform as a duplicate loyalty membership card.

According to Hlavinka, mobile devices can be leveraged to empower loyalty programs in five key ways, including:

COLLOQUY is the publishing, education and research division of LoyaltyOne, a global provider of customer insight and strategy, loyalty and marketing programs, and customer experience management. Following the initial launch of the COLLOQUY Loyalty Awards in 2010, the program has expanded worldwide to more than nine countries, spotlighting innovations in program development and marketing across channels. Click here to learn more about this year’s COLLOQUY Loyalty Award nominees and the nominee selection/voting processes. 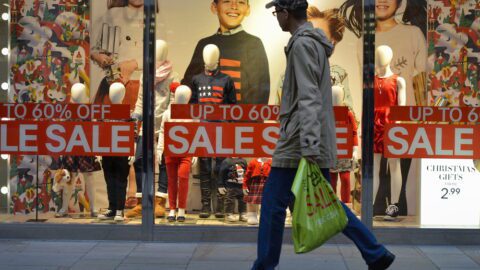 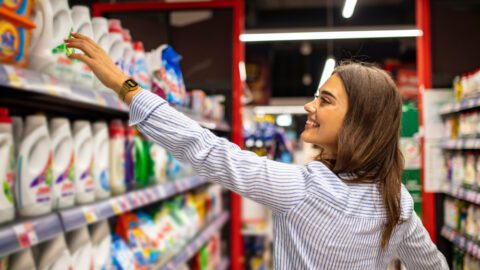