Will Walmart’s Innovation Strategies Pay Off? 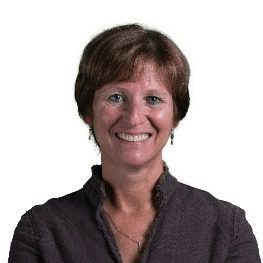 I admit it: I am not a regular Walmart shopper. Part of the reason is there literally are no Walmart stores near my home in New Jersey. I’ve also heard the tirades about Walmart’s employee practices as well as its overall not-so-great customer service. But recent acquisitions, investment in technology and the latest — paying associates to deliver products to customers’ homes — has made me stand up and take Walmart a bit more seriously.

From a retail editor’s perspective, I certainly can’t ignore the Bentonville-based retail giant. But in the years I’ve been covering retail, Walmart has not been the most innovation-forward retailer. Competitors like Target have taken the lead in innovative ideas and strategies, although that hasn’t played out well for the brand recently. The company’s innovation leader departed this year amid disappointing results.

The truth is, Walmart should be scared. Watching the fall of longtime retail giants like Sears, Payless and RadioShack, the execs in the Bentonville HQ have probably been squirming a bit. And while Amazon continually looms with quick product delivery, competitive pricing and a seemingly infinite product selection, all traditional brick-and-mortar brands must take notice.

So I give Walmart credit for standing up and fighting with some recent innovative moves. Let’s take a look at what the company has been up to recently:

Also in 2017, Walmart launched a Technology Incubator called Store No 8 in Silicon Valley. “Sometimes you invest in these big transformative ideas that maybe aren’t ready for prime time today,” said Seth Beal, the Walmart executive leading the initiative along with Katie Finnegan, a head of strategy at Jet.com.

Confirming the company’s go-forward focus on new technology and automated capabilities, Walmart CEO Doug McMillon assured employees that they still matter: “We will compete with technology, but win with people,” he said. “No doubt our work will be different in the future — robots, drones and algorithms will do some work that we used to have to do. Some people are afraid of what these changes will bring. I don’t think we should be. Instead, I think we should recognize that we’ll be able to learn, grow and change together.”

Walmart is definitely making strides in retail innovation, as executives representing the retailer’s new efforts are being recognized in the industry. Retail leaders from Jet.com, Moosejaw and Walmart received Retail Innovator Awards in 2017 and two Bonobos execs were recipients at the first Retail Innovator Awards presentation in 2014. The Walmart folks were extremely proud and excited to receive the awards in recognition of the company’s innovation efforts. It’s definitely a sign that times are changing for the 50+-year-old retail behemoth.