Workers at 113 unionized Starbucks locations reportedly planned to strike on Nov. 17, Red Cup Day, for at least part of operating hours, according to CNBC and other media outlets. The annual event, when the chain gives away reusable red cups with any purchase, has become one of its busiest days due to the collectability of the souvenirs.

Starbucks Workers United is protesting the day by distributing a version of the red cup with the Grinch’s hand holding an ornament decorated with Starbucks union logo. The collective action is the largest the union, which represents workers at more than 260 stores, has taken to date. It is meant to call attention to Starbucks’ alleged union-busting activity and refusal to negotiate contracts fairly. Starbucks has denied any allegations of unfair labor practices.

In September, Starbucks sent letters to more than 200 locations saying it was ready to start contract negotiations, but Starbucks Workers United has contended that the retailer hasn’t been bargaining in good faith. Disagreements have included whether union members can join the talks through Zoom, and Starbucks representatives have walked out of meetings and insisted on face-to-face negotiations exclusively, citing federal regulations.

“In a written statement given to Workers United shortly after, we stated our concerns and that our committees would remain onsite for the duration of the sessions, ready to return to the bargaining table if such behavior stopped,” said Starbucks in a blog post. “Broadcasting or recording these in-person sessions is deeply concerning and undermines the interests of our partners because negotiations may warrant the discussion of individuals by name and are likely to address a range of sensitive topics.”

Starbucks stated that it has met with union representatives “who chose to insist on broadcasting the sessions to unknown individuals not in the room and, in at least one instance, posted a recording of the session online.” Additionally, it noted that the National Labor Relations Board (NLRB) prohibits any party from requiring recordings or transcripts of contract negotiations, because such actions “inhibit the free and open discussion necessary for conducting successful bargaining.”

Starbucks has filed 22 complaints tied to negotiations with the NLRB. The NLRB also has filed for an injunction against Starbucks, asking for an order for the company to stop firing workers across the U.S. NLRB Detroit Regional Director Elizabeth Kerwin reportedly told a federal judge on Nov. 15 that the injunction would be necessary to prevent Starbucks from “purging the Ann Arbor store of the Union’s leadership and crushing employee activism in Michigan and nationwide,” according to Bloomberg Law. 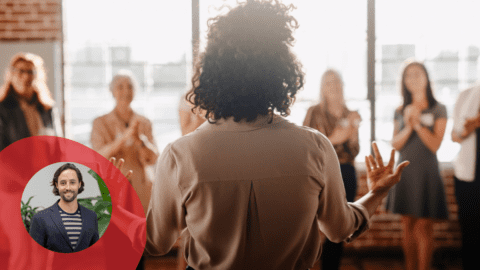