A union organizing workers at Chipotle Mexican Grill has reportedly filed a complaint with the National Labor Relations Board (NLRB) after the restaurant chain said it would permanently shutter a location that was seeking to unionize, according to CNBC. The Augusta, Maine restaurant was the first Chipotle to file for a union election, seeking to organize under Chipotle United.

This restaurant is the first Chipotle outlet to seek unionization, and Chipotle United has not affiliated with any larger unions. The petition to unionize followed employees walking out of the restaurant earlier in June to protest working conditions and understaffing. A second location in Lansing, Mich. filed to unionize under the International Brotherhood of Teamsters in early July.

The Augusta location has been closed to the public since June 17. Chipotle spokesperson Laurie Shaclow told CNBC that the store had been closed because the company was unable to find enough staffing to keep it open.

“Our operational management reviewed this situation as it would any other restaurant with these unique staffing challenges,” said Shaclow in a statement provided to CNBC. “Chipotle respects our employees’ rights to organize under the National Labor Relations Act.”

Chipotle United workers contend that the move was retaliatory and held a rally to protest the closure. The union also has asked the NLRB to seek an injunction to compel Chipotle to reopen the store and provide the workers with back pay until the store reopens. “All they are doing is fueling us,” Brandi McNease, an organizer for Chipotle United told CNBC.

“The closing was targeted not just at the Maine workers, but at Chipotle workers around the country who are contemplating forming a union,” said Jeffrey Neil Young, the attorney representing Chipotle United in a statement. “Organizing drives are currently underway in Michigan, New York and elsewhere. Closing the store signals to other Chipotle workers that if they organize, they could be out of a job.”

Workers unionizing at Starbucks stores also have claimed that the company is closing stores in retaliation for organizing. An Ithaca, N.Y. location was closed in mid-June due to a faulty grease trap, which also was the reason for an April strike due to “unsafe working conditions.” A Starbucks union committee is reportedly filing an unfair labor practice charge with the National Labor Relations Board, alleging that Starbucks closed the store to retaliate against worker activities that are protected by labor laws. However, Starbucks stated that “we open and close stores as a regular part of our operations.”

In July, Starbucks shuttered 16 stores across the country, including one unionized location in Seattle, because they “have a particularly high volume of challenging incidents that make it unsafe for us to operate.” The Starbucks Workers United organized three strikes in response, but Starbucks has maintained that the closures are for workers’ safety.

“We’re empowering local leaders, who have emphasized repeatedly that they care deeply about creating a safe and welcoming environment in the community,” said a Starbucks spokesperson in a statement sent to Retail TouchPoints. “The company is renewing its commitment to safety, kindness, and welcoming in our stores. We are closing 16 high-incident stores across the country; we look forward to continuing to welcome customers at the many company-owned and licensed stores in those cities.” 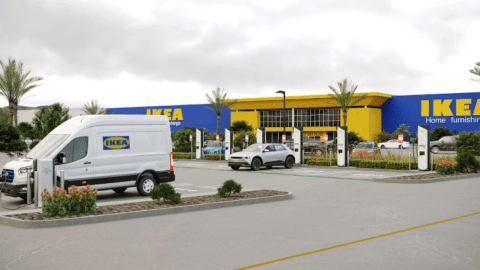