Wal-Mart Pushes For EMV Adoption Despite Ongoing Barriers In U.S.

This week, Wal-Mart’s Senior Director of Payment Services joined approximately 400 payment industry executives at the Smart Card Alliance 2011 Annual Conference to debate the viability and potential timeline for the implementation of Europay, Mastercard, Visa (EMV) in the U.S. The chip card specifications already are in place in the UK, Mexico, Canada, France and many other countries around the world, but the U.S. has not yet embraced the standard.

As a primary means of reducing fraud losses associated with the counterfeiting of magnetic stripe cards, EMV (also called “chip and pin”) has shown impressive results around the world to date. In the UK, Belgium, Ireland and Luxembourg, where more than 95% of credit cards have been converted to EMV, fraud losses on lost and stolen cards dropped by more than 30% in 2005 compared to 2004, reported O-C Group.

To date, more than one third of the world’s payments cards (approximately one billion) are EMV capable, along with two thirds of POS terminals (15.4 million), according to EMVCo, the standards body owned by American Express, JCB, MasterCard and Visa.

Although the U.S. payment industry – including issuers, solution providers, financial institutions and merchants – can’t seem to come to a consensus on how, when and if to implement EMV throughout the country, Wal-Mart has purchased EMV-enabled terminals for all of its more than 4,000 U.S. stores, reported Jamie Henry, Senior Director of Payment Services for the retail giant.

“Why is Wal-Mart doing this?”, queried Henry during a Smart Card Alliance presentation. Wal-Mart sees four primary reasons for forging ahead with EMV:

Barriers To EMV Adoption
Several barriers are preventing the U.S. from enabling its payment systems for EMV. Not surprisingly, the financial implications of the system are a primary hurdle. “Nobody really knows the exact value of fraud in the payment industry, but if you move to a more secure payment system, we can assume that the cost of interchange fees will be reduced,” noted David Hogan, Executive Technology Advisor for the National Retail Federation. This type of cost reduction already has occurred globally in countries that have embraced EMV, he added.

Adding to the potential pain in the U.S., as more and more countries around the world enable EMV, the U.S. becomes the low-hanging fruit for fraudsters.

Additionally, many merchants are unwilling to incur the expenses associated with the hardware changeover to EMV-enabled card readers and kiosks, as well as integration and testing. Hogan estimates this will cost U.S. merchants more than $35 billion. Hogan’s list of merchants includes retail stores, hotels, restaurants, service stations and more ― any organization using card readers or kiosks to sell a product or service.

Quest For EMV Consensus
While most of the payment industry executives attending the Smart Card Alliance conference believe that EMV enablement is inevitable down the road, many questions remain including When? How? and, In What Form?

The recent Canadian EMV implementation took more than seven years, and the U.S. presents a larger and more challenging scenario. NRF’s Hogan estimates that the U.S. enablement could take 10 years or more.

In order for EMV to become a reality in the U.S., industry groups need to come together to formulate a roadmap for the implementation. Some of the questions that need to be answered, according to Hogan, include:

While Wal-Mart, with close to $17 billion in net income for the fiscal year ending January 31, 2011, is arguably more able to afford the expenses associated with EMV enablement, most other retail organizations have placed EMV on the priority list below implementations such as Near Field Communications (NFC), which shows significantly more immediate promise. 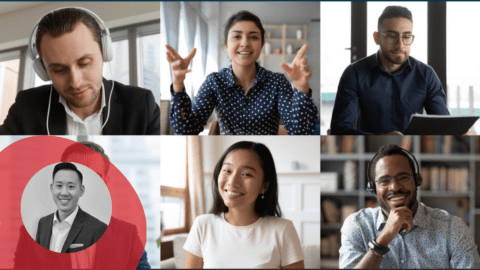