Modell’s Sporting Goods Files For Bankruptcy, Will Liquidate And Close All Stores

Modell’s Sporting Goods, the New York-based family-owned retailer that has operated since 1889, filed for Chapter 11 bankruptcy and will close all 153 of its stores in the Northeast. The company sought both rent concessions from landlords and a debt restructuring with creditors, but ultimately decided that liquidation was the best available option one day after negotiations with a potential unnamed buyer were terminated.

“Given the lack of interested parties and the debtors’ tightening liquidity, it became clear that the pursuit of a going concern sale was no longer viable,” said Modell’s Chief Restructuring Officer Robert Duffy in a court declaration.

Mitchell Modell, the company’s CEO and great-grandson of Founder Morris Modell, pointed to a “challenging environment for retailers,” highlighted by changing shopper buying habits, as the catalyst for the bankruptcy.

While many shoppers have shifted online, the assortment offered at Modell’s also is sold at many other major retailers, particularly mass merchants. Walmart, Target and Amazon all sell sporting goods equipment, team apparel, active apparel and footwear, while the major athletic/footwear brands such as Nike, Adidas and Under Armour have continued to take market share over the past decade. Additionally, with a large presence in New York City, Modell’s faced the added hurdle of high rent costs.

These trends have pushed several national and regional sporting goods retailers out of business over the last five years, including Sports Authority, Sport Chalet, Golfsmith and MC Sports. DICK’S Sporting Goods, the national category leader with more than 850 stores, has been the major beneficiary of these closures, seeing comparable sales jump 5.3% over the holiday season, while regional chains like Alabama-based Hibbett Sports, California-based Big 5 Sporting Goods and Texas-based Academy Sports and Outdoors have continued to hold their own.

Modell’s was well known for selling local sports teams’ jerseys and had a significant partnership with the teams, even having billboards blanketed across Yankee Stadium and Madison Square Garden. The company carried out major ad campaigns throughout the New York City market, with a recognizable theme song and tagline, “Gotta Go To Mo’s.”

In recent interviews, Modell blamed a warmer-than-normal winter for declining sales of cold-weather merchandise, and controversially pinned some of the blame on the region’s “lousy” sports teams. In an interview with Fox Business on Feb. 21, Modell revealed he was for the first time planning to sell equity in the company, and that he was hoping people who were watching the show and were fans of the chain would invest in it.

Modell’s will continue to explore recapitalization through a potential sale of some or all of its assets. The retailer already had started store closing liquidation sales at 19 locations in February.

The retailer’s lenders and longstanding partners will finance the company’s operations in the near term, including payment of employee wages and benefits, continued delivery of customer orders and shipments and other necessary obligations. 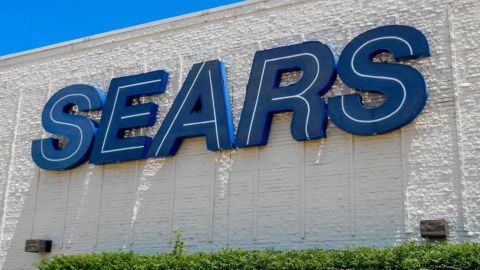