Pop-ups are a well-established way for e-Commerce brands to dip their toes into a brick-and-mortar environment, but they’re also an opportunity to establish lifelong bonds. Backcountry, a Utah-based outdoors retailer, has a sizeable following in New York City — but its SoHo pop-up, which ran from December 2019 through February 2020, gave urban fans who only ever ordered its products online a chance to express their shared passion for winter sports in person.

“We’re a data-driven company, and we have maps of our online business that shows where most of commerce is coming from,” said Paul Tew, Creative Director of Backcountry in an interview with Retail TouchPoints. “We knew that we had done the innovation in going online, but we hadn’t innovated in a retail space. We’ve successfully collaborated with events, athletes and different organizations where we’ve brought people together. We knew that there was a desire for us to be in a physical room together, but we hadn’t had that retail opportunity yet.”

The entire experience was designed with a winter theme in mind, attracting potential shoppers’ eyes by bringing a wintry scene to an urban environment both inside and outside the shop. The pop-up shop also gave customers a chance to talk shop with Backcountry’s Gearheads, who serve as a combination of outdoor experts, gear enthusiasts and customer service team members, all ready to swap stories and educate shoppers. Gearheads can offer advice on anything from gear to trip selection, adding a concierge level of service to the overall experience.

The space put an emphasis on brand-building and interaction over product offerings through experiences designed by Twenty Four 7, including:

“The first thing is making sure that, right off the bat, you understood that this is what we do: it’s about outdoors and snow,” said Mimi Lettunich, President and Executive Creative Director of Twenty Four 7 in an interview with Retail TouchPoints. “If you’re just walking in SoHo and you see a Sno-Cat in the middle of the city, then you know that there’s something different happening. That was a moment to catch people’s attention, and then as you move the space everything is about amplifying the Goat — those greatest-of-all-time moments.”

Interactive Fixtures Help Break Down The Barriers Between Indoors And Outdoors

In addition to Gearheads, the in-store experiences lend themselves to education and action rather than simply driving sales. One example is an in-store bright box that lets customers check out how different goggles would affect their vision on a very sunny day — an important consideration for skiers. This emphasis on putting hard goods to the test made Backcountry’s pop-up a point of interest for its suppliers, even those with their own retail presence.

“When we reached out to our partners like Patagonia, Burton, Norrøna and some of the other brands that also have retail outlets, they were excited,” said Tew. “Coming from a retail backdrop and a career in brick-and-mortar, I’ve never seen a partner brand be as excited as they were for us to be in the neighborhood. It was to the degree where several of the other brands wanted to help us if we ran out of stock, because they were providing primarily soft goods and apparel and they couldn’t index into the same level of skis and bindings and snowboards, the hard goods, that we are able to provide.”

Taken as a whole, Backcountry’s store was designed to inspire people to get outside, whether they were a lifelong city dweller or a seasoned adventurer. Some pop-ups are meant to immerse shoppers for the duration of their experience, but the Backcountry shop hopes to send its customers on a lifelong adventure.

“Our core is removing the barriers between indoors and outdoors,” said Tew. “The idea is that you could be walking through SoHo, go in there, and even if you didn’t buy anything, get inspired to go outside. We’ll meet you there and give you the tools, whether it’s hard goods or soft goods. We’re starting to break down a little bit of that fear factor from price, ability or even income, and we’re trying to provide as many different ways into the outdoors as possible.” 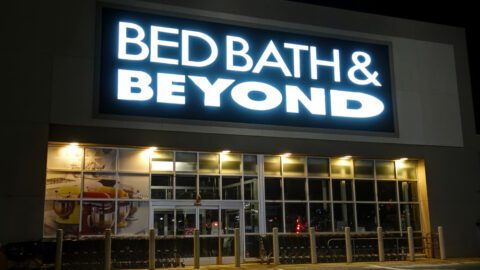