I got a wiseguy email from an old wiseguy colleague of mine last week. He asked: “Are you ready to dust off your 2002 columns yet?”

In a sense I could. When the economy hit the post-Internet bubble skids six years ago you couldn’t swing a Palm Pilot without hitting some kind of punditry about investing in the future, being patient, playing for the long term and ignoring the stock market. Most of that stuff was wrong. Patience was not rewarded in 2002. The stock market drove a lot of decent companies into a deep ditch.

The last thing retailers need to hear right now is a paean to patience. This downturn is different. Its speed is scary. The amount if displacement is dramatic. And our ignorance of those things is more staggering to me than any Citigroup write-down. As I write this, GM has extended buyouts to its ENTIRE hourly workforce. And more than a few stock analysts have applauded.

I won’t insult you by repeating 2002. Let’s get real. I did go back to the 2002-2003 downturn stories and I found a few realistic best practices that retailers can learn from during what I believe will be a very deep, fast downturn. The world of retailing changes very quickly. If you don’t believe me I have one word for you: Macy’s. We’re in for a bad time up until Q4, I believe, and then smart retailers will start reap the benefits of good planning, energized consumers, and intelligently applied analytics. I found three ways to play in this economy, and they’re all about relationships:

1) Solidify BtoB Relationships: I stole this play from the Yahoo! playbook. After it took the big post bubble hit in 2001 and 2002, it turned away from Wall Street and headed north to Madison Ave. and faced up to its horribly fractured relationships with ad agencies. It started to treat brand managers to exclusive research about internet shopping and advertising. I’m not sure about this, but I’ve heard rumors that Yahoo sales managers even bought a few client dinners in 2003. This didn’t work right away, but when the ad market came back, Yahoo became the ad agency darlings very quickly. Ad revenue followed.

2) Invest in Customer-Facing Technology: Amazon is the obvious poster boy for analytics. It weathered the post-bubble internet market by serving up more of the same customization that made it popular in the first place. But other retailers used the last downturn to simply learn more about customers. Coach stepped up its high-end branding and its lower end outlet retail. UK-based Debenham’s learned that women would come to the stores to check out fashion shows and increased loyalty as a result. Tesco made loyalty a science during the last downturn.

I wouldn’t preach patience right now. I’d preach competition. Wall Street analysts are not your friend. They never have been, so stop kissing their collective behinds. The customer is your friend and even if your friend doesn’t visit you as much, they’re still valuable and should be treated as such. Retailing is a multi-channel, multi-customer art and science in this downturn. Don’t dust off 2002. Envision 2009.

John Gaffney is Executive Editor, for 1to1 Media. He and the 1to1 editorial team have received several awards during the past year for their expert coverage analysis of customer strategy. He has worked directly with many Fortune 500 companies to craft a customer-centric message and contributes frequently to Retail TouchPoints. 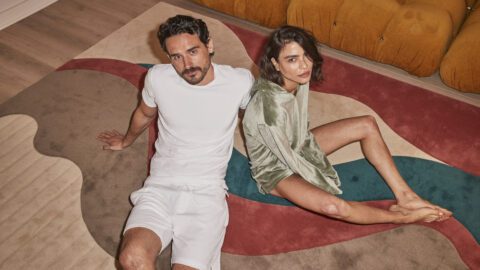