Walmart hasn’t been modest about its e-Commerce expansion plans over the past year, acquiring various online-first retailers and investing in numerous omnichannel initiatives. These significant online investments have paid off for the retail giant, with the company anticipating annual U.S. e-Commerce sales growth to hit 40% in 2018 (referred to as fiscal year 2019). But even more changes are in store for the retailer, including plans to nearly double the number of online grocery pickup locations in 2018 and streamlining product return processes via its mobile app.

“Gone are the days of 300+ Supercenter additions per year and an intense focus on expanding its footprint outside the U.S.,” said Chuck Grom, Senior Analyst of Retail at Gordon Haskett Research Advisors in commentary provided to Retail TouchPoints. “Instead, the team is laser-focused on its domestic operations, including a heightened focus on expanding its digital operations. At the same time, the brand perception of Walmart — aided by last year’s Jet.com acquisition along with multiple investments to build out its digital ecosystem — has improved dramatically, which could have a significant impact on its ability to draw in more Millennial shoppers in the years to come.”

At the company’s annual investor day in Bentonville, Ark., Marc Lore, President of Walmart’s U.S. e-Commerce business, revealed that the company is planning a web site redesign early next year. The retailer seeks to improve digital merchandising to focus on the top million Walmart.com SKUs and plans to hire approximately 2,000 “category specialists” to monitor the site and rewrite item descriptions.

Along with the site redesign, Walmart plans to bring more “premium” brands to Walmart.com. Lore indicated that the web site will more prominently feature the retailer’s home and fashion verticals.

Additionally, Walmart.com will soon feature the Jet.com “smart-cart” system, which grants shoppers lower prices if they pack more items together in one box, use a debit card when paying for purchases or opt out of returns.

Aside from the site changes, grocery is expected to take a bigger chunk of online growth going forward. In a statement, Walmart revealed that it expects to add 1,000 online grocery pickup locations in the U.S. by the end of 2018, which would nearly double the present total.

“As it stands today, Walmart can reach 99% of the U.S. in two days or less and 87% next day,” said Grom. “Furthermore, Walmart is well positioned to compete in the online grocery arena. Its store locations and 147 distribution centers make Walmart well suited to offer same-day or two-hour delivery. Notably, however, the real differentiator will be Walmart’s ability to forward-deploy full truckloads of inventory to match demand.”

Between 2017 and 2018, Walmart expects capital expenditures to total approximately $11 billion. These expenditures include:

Walmart’s latest investment takes place within the store but is linked to e-Commerce purchases. The Mobile Express Returns feature is set to roll out in early November for items sold and shipped by Walmart.com. Store purchases should be integrated into the system in early 2018.

With this feature, shoppers can return online purchases by logging on the Walmart app, generating a QR code for the transaction, and then walking into a physical Walmart store to return or exchange the items quickly.

“Simple improvements to historically irritating processes like returns can make a serious impact on the experience customers associate with your brand,” said Casey Gannon, VP of Marketing at Shopgate in commentary provided to Retail TouchPoints. “By offering shortcuts in the process, Walmart eliminates the headache associated with returning merchandise via the power of the mobile devices already in their customers’ hands. With virtually limitless opportunity to identify and execute user-friendly features such as this, retailers are at a great advantage when they leverage their mobile app offerings.” 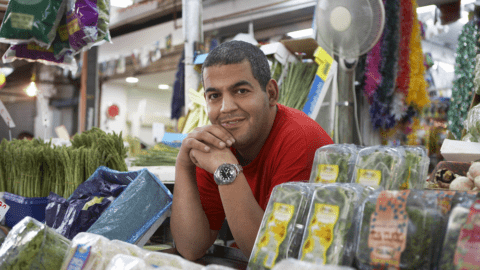