Over the past 45 years, Ron Herman has evolved from its origins as a specialty shop into an international brand with locations in both the U.S. and Japan. However, the retailer — which has been a proving ground for major brands from Juicy Couture to Dries Van Noten — hasn’t ever forgotten its Los Angeles roots. They have shaped both its 45th anniversary event and its approach to retail in general.

“Our down-to-earth personality and focused approach to innovative retail are what has allowed us to be successful for 45 years,” said Ami Lasser, Director of Women’s Buying at Ron Herman in an interview with Retail TouchPoints. “We are constantly assessing the consumers’ needs across their lifestyles and their closets and strive to curate the best in brand experience: an inclusive, fun environment where you can discover the latest in emerging talent, style and design is what has set us apart from other retailers and keeps consumers coming back.”

Ron Herman’s flagship location is the longest tenant in its home at 8100 Melrose Ave., and the retailer’s recent celebration tapped into the spirit of the neighborhood in what the brand called a “love letter to Los Angeles.” The retailer worked with existing partners such as Ciao Lucia, Phipps, Frank & Eileen and BTFL to produce a wide range of one-of-a-kind items for the occasion, including patchwork silk robes, palm motif jewelry, suede tote bags and signature denim.

Although Los Angeles remains an integral part of Ron Herman, the retailer’s 20 stores in Japan make it an international player. This hasn’t detracted from its community-focused ethos but rather expanded its pool of options.

“Los Angeles, specifically, is the birthplace of the Ron Herman brand and will forever be a part of our roots and brand values,” said Ruben Leal, Director of Men’s Buying at Ron Herman in an interview with Retail TouchPoints. “We continue to look within our Southern California community for the best talent and brands, but also branch out to find the best in style and design from around the globe. It is the mix of a Southern California state-of-mind with the best in local and international style that influences our personality and approach to retail. It is very specific to Ron Herman, and very special.”

This attitude is what will carry Ron Herman to its 50th anniversary and beyond. The retailer has been discovering the “next” name brands for decades, and its overseas growth will only give it a bigger pool of potential partners without sacrificing the ideals that have brought it so far.

“We align with brands that are doing something different and have authentic points of view,” said Leal. “At Ron Herman, we merchandise and design an experience where you can find the brands you love, but also discover brands that may just add something new to your own style. It is about building a community — and closet — of thought and style leaders that helps consumers find their sense of expression through fashion and having fun while doing it.”

When You’re a Classic, Celebrations Can Call for Subtle Changes

While the 45-year milestone is a true cause for celebration, Ron Herman didn’t go for ostentatious ceremonies. Lasser noted that while the space has changed over the decades, the event was “more about celebrating the spirit of Ron Herman and looking to the future with optimism and excitement.” As a result, the emphasis was on the capsule collection and celebrating the culture of Los Angeles rather than a temporary overhaul of the store.

“We made some other tweaks, like updating some exterior signage in the iconic Ron Herman store and fun colorful ways to subtly mark the occasion,” said Lasser. “Because the building and Ron Herman shop have become such institutions over the decades, we do not need to do much with the physical space beyond updating our merchandising to keep the consumer experience fresh.”

Fittingly for a brand that has played a major role in defining modern style for decades, brick-and-mortar has continued to be important to Ron Herman even in an increasingly digitally focused world. Even so, Ron Herman’s digital offerings play an important role in the overall brand experience. “At the end of the day, we are here to give the consumer the best possible experience, whether that is in-store or online,” said Lasser.

This commitment to omnichannel took on even greater importance during the pandemic. Like many brick-and-mortar retailers faced with lockdowns and an uncertain timeline for full reopening, Ron Herman pivoted to emphasize both its digital offerings and outdoor events to maintain its world-class experience.

“We realized we needed to think outside the box and offer ways for consumers to have some sense of escape, even with shelter-in-place and social distancing,” said James Quick, Director of Retail at Ron Herman in an interview with Retail TouchPoints. “We continued to offer consumers the ability to work one-on-one with our stylists remotely, invested in our ecommerce capabilities and user experience, and instituted additional staffing resources. In addition, adhering to L.A. County guidelines, we developed engaging retail events, taking over our parking lot at 8100 Melrose as a venue. Events like our seasonal sales, flea markets and even music performances helped bring that sense of community Ron Herman is best known for.” 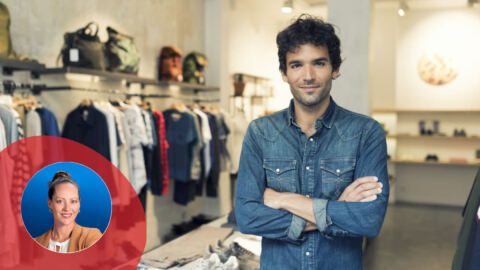 4 Tips for Staying Ahead of Retail Competitors 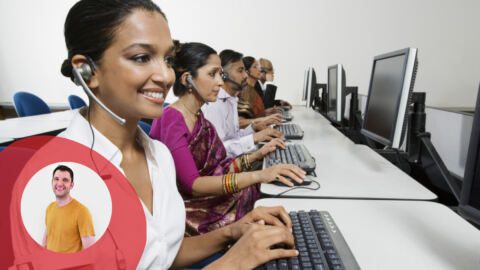 What all Retailers Should Know About Outsourcing Customer Service