In its second year, Shoptalk did not disappoint. More than 5,500 attendees from 40+ countries swarmed the Aria in Las Vegas, March 19-22, to hear from retail executives and industry experts. Even some of the sessions’ overflow rooms were filled beyond capacity at times, and many sessions featured very quick presentations from fast-talking execs trying to squeeze in as much information as possible.

Most of the key topics on the minds of retail industry execs were addressed during the conference. Here you’ll find the Retail TouchPoints take on a few of those sessions:

Global Complexities Must Be Addressed Region-By-Region

Recently acquired by Samsonite, TUMI is on a global journey, taking it one region at a time. “Global expansion strategies are based on the complexity of the integrations,” said Charlie Cole, Chief Digital Officer for TUMI. “We can do Europe in one fell swoop,” since payment processing and shipping is relatively easy to integrate.

But when it comes to marketing initiatives and product selection, some countries present unique challenges. “Something could be selling really well in the U.S. and bomb in Japan,” Cole explained. For example, large backpacks are very popular in the U.S. but do not sell well in Japan.

Cole recommends retailers engage local talent when it comes to advertising and CRM in different countries. “You have to know how local consumers work and what they want to see,” he said. “In Singapore and the U.S., Facebook and Google are king.” But that’s not the case in other Asian countries, he noted.

It all comes down to decisions around localization vs. centralization. For Cole and TUMI, “we realized analytics had to be centralized. You must speak the same language from a numbers perspective first.”

But when it comes to payment, shipping and advertising, localization is the way to go. “Our biggest learning was around how similar countries are, but how dramatically different they can be on specific details. In China, for example, if you have to ship from Shanghai to Cheng Du it can take three weeks. Good old-fashioned operational logistics can be the hardest hurdles to overcome. The devil is in the obvious vs. the details.”

U.S.-focused retailers are so caught up in working towards one-to-one personalization, it can be surprising to find out that such an approach will be a dud in some other countries. Japanese consumers, for example, are more “homogenous,” according to Ryo Ishizuka, Co-founder and CEO of Mercari, a peer-to-peer mobile marketplace app.

Another difference between U.S. and Japanese consumers is their interest in longer text. “Our initial assumption was that app users prefer a simpler UI and fewer features,” said Ishizuka. “But after doing a lot of tests, we found that in Japan consumers are used to longer instructions. They feel more comfortable with more text.”

When promoting to the Japanese market, retailers should look to push notifications as the primary delivery vehicle. “We tested offline and TV but it was not as efficient,” noted Ishizuka. “Now we’re focusing on digital only.”

Finally, when it comes to data security, it’s not as big an issue in Japan as it is in the U.S. “In Japan we’ll see very few chargebacks,” Ishizuka said. “In 3 ½ years we’ve seen maybe a dozen chargebacks. In the U.S. we probably saw a dozen in the first month.”

While many executives and technologists are focusing on Virtual Reality (VR) to drive purchases and assess backroom procedures, Lowe’s has taken a different approach. At Lowe’s Innovation Labs, it’s all about finding out how shoppers feel about their experience.

Kyle Nel, Executive Director at Lowe’s Innovation Labs — a behavioral scientist by trade — shared insights into the retailer’s applied neuroscience efforts. “Our goal was to understand how new technology was working in the real world with real people,” said Nel. “Now we can correlate what people are looking at with what’s going on in their head.”

Without getting in too deep with scientific lingo, Nel explained that the tools Lowe’s is using assess whether technology is easy to use (“in flow”) or frustrating (“not in flow”) for consumers.

Then Lowe’s builds stories around the technologies. “Stories are the only way people digest and retain real disruptive information,” Nel noted. “They need characters, conflict and a narrative” to better understand the technologies and solutions.

After successful tests with the neuroscience approach, Lowe’s has introduced an autonomous robot at Orchard Supply stores; a Holoroom that uses VR to help consumers design a kitchen; and a new in-store navigation VR solution using the Tango Augmented Reality (AR) phone.

Pop-up stores are the triple espressos of retail: a concentrated “shot” that really can provide a kick to a retail brand. Three pop-up experts provided tips on how retailers can best leverage these ventures during the Shoptalk session, titled: Experiential Retail: Understanding The Pop-Up Opportunity.

Always Be Testing: Instead of the “Always Be Closing” mentality, pop-ups require an “Always Be Testing” mindset, according to Shan-Lyn Ma, CEO and co-founder of wedding registry brand Zola. “Test the format, the merchandise selection, the location,” she said. “For example, you might offer 40,000 SKUs online, but only have room for a couple of thousand in a physical pop-up, so you want to get that selection to the top 10% of SKUs that people can touch and feel.”

Learn From The Pop-Up’s Customers: Megan Berry, founder/CEO of by Reveal, believes there’s plenty to learn even from pop-up visitors who don’t make a purchase. She recommends using video analytics to “understand how many customers come through, who they are, and see which products they pick up. If the items are picked up but not purchased, that provides you with actionable insights for the data you’re collecting.”

Don’t Let The Tail Wag The Dog: A common mistake brands make is selecting a physical location for a pop-up first, and letting that dictate key factors such as which merchandise a retailer will feature. “It’s important to think about your strategy and goals first,” said Melissa Gonzalez, CEO and founder of pop-up consulting firm The Lion’esque Group. “Know what your product is and what your goals are for the pop-up.” 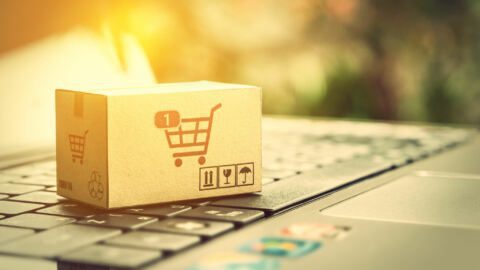