While Black Friday has traditionally been the start of the holiday shopping season — and is widely known as the day shoppers swarm to retail stores in droves — it appears the day itself means less to the increasingly large population of online-savvy consumers. In fact, even as more retailers kicked off Black Friday doorbuster deals on Thanksgiving Day, a growing number of shoppers flocked to their computers and mobile devices to complete purchases.

Nearly 102 million people say they shopped in stores on Thanksgiving Day and Black Friday, but more than 103 million say they shopped online during this two-day stretch, according to the NRF. It is apparent consumers are becoming more comfortable staying home to make a purchase instead of fighting the in-store crowds.

Lesson #1: E-Commerce Is Taking Consumer Focus Away From Stores

The e-Commerce shift has taken a toll on Black Friday business, with total in-store sales for the day falling 10% to $10.4 billion in 2015, according to ShopperTrak. While Thanksgiving Day sales may have contributed to this decline, Turkey Day sales also experienced a 10% drop in sales, to $1.8 billion.

The data indicates an environmental change, in which the specific shopping days don’t appear to matter as much to shoppers as long as they can get the deals they are looking for. Walmart and Best Buy adjusted to this change by offering online deals on Thanksgiving Day, before their stores even opened. Because shoppers are demanding more convenient shopping options, retailers are going to have to reassess how the consumer will spread their spending throughout the weekend, and prepare for 2016 accordingly.

Lesson #2: Mobile Is Generating Half Of Online Traffic

The growing impact of mobile in consumers’ everyday lives is becoming even more evident this holiday season. With consumers accustomed to using their devices for just about everything, it is no surprise that mobile continues to have a greater impact on Black Friday than in years’ past.

Orders completed online via mobile phones and tablets accounted for 36.1% of online revenue on Black Friday, a significant jump from 30.3% on the same day last year, according to data from Custora.

Shoppers are using mobile devices at all points of their path to purchase, whether on the couch, on the road, or in a store to learn more about a product. Usage has become so widespread that mobile devices actually are driving 53% of online shopping traffic during Black Friday and 57% during Thanksgiving Day, according to Adobe.

With mobile accounting for such a high percentage of traffic, retailers will have to go into 2016 with a clear strategy for their mobile site and mobile app functionality.

With e-Commerce and mobile exerting a major influence on Thanksgiving weekend spending, retailers have to ensure that their web sites are optimized for the incoming traffic. A slow web site, or a web site that confuses the consumer during their browsing time, will have a major impact on the consumer’s desire to stay on the site and complete purchases.

Here are the five retail web sites that had the fastest performances on Thanksgiving Day, according to CatchPoint Systems:

With this in mind, retailers are tasked to stack up with the best if they want to keep ahead of their peers and retain the attention of consumers.

Neiman Marcus fell victim to web site outages on both Black Friday and Saturday, Nov. 28, obliging the retailer to extend its Black Friday sales through 7 pm Eastern time on Saturday. Newegg also experienced a brief outage at 1:30 am Eastern Time on Friday. Catchpoint indicated that the e-Commerce sites of Newegg, HP and Jet operated slower than usual throughout Thanksgiving Day.

Ironically enough, numerous reports indicated that Target’s web site shut down during the parts of the morning on Cyber Monday, with the retailer attributing delays to high online traffic. 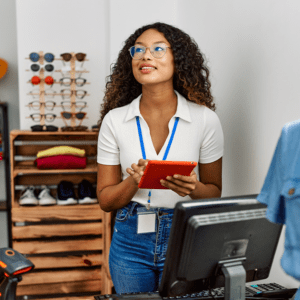