Retail rode strong into Q2 2021 as shoppers returned to stores even as digital sales remained elevated. The spring and early summer was an optimistic time for many consumers who finally emerged from lockdowns looking to refresh their wardrobes and find items suited for smaller local outings during the warmer months.

While there were success stories across the industry, three retailers stood out with strong, expectation-topping results:

The secret to Target’s success is the retailer’s expertise at utilizing its stores for fulfillment, whether as a staging ground for last mile delivery or an efficient curbside pickup hub. More than 95% of Target’s Q2 sales were fulfilled from stores, the result of years of developing and perfecting the fulfillment process.

“There’s been a framework for this,” said Charlie O’Shea, VP at Moody’s in an interview with Retail TouchPoints. “The savvy brick-and-mortar retailers and the financially strong brick-and-mortar retailers recognize that these stores were not liabilities, but assets. I’m not an accountant, but stores are on the asset side of the balance sheet for a reason, and they need to be leveraged as much as possible to squeeze as much out of them as you can.”

O’Shea pointed to two other other retailers that have leveraged their large store bases into convenient ecommerce destinations: DICK’S Sporting Goods and BJ’s Wholesale Club. Both of these retailers also posted strong Q2 results:

Macy’s off-mall concepts such as Market by Macy’s can further scale the department store’s digital operations by attracting shoppers to stores in additional areas, according to Nikhil Mitter, Group Creative Director at R/GA. However, the department store still has work to do when it comes to its merchandising efforts.

“Macy’s was able to acquire new customers over time as competitors such as JCPenney and Belk filed for bankruptcy, giving the retailer an opportunity to expand its market share — especially in digital commerce,” said Mitter in an interview with Retail TouchPoints. “However, Macy’s still has to work on its core store experience. Most store merchandising remains poor with undifferentiated offerings, a shopping experience that is unmemorable, and service that is mediocre.”

Macy’s is aware of this challenge, and its efforts to open new store-in-a-store concepts have helped shore up its selection. The retailer’s upcoming partnership with Toys ‘R’ Us will leverage the established toy retailer’s name to draw in millennial parents despite Macy’s current small toy selection, according to Mitter.

“Macy’s has and continues to work on increasing the attractiveness of its offering to a younger customer, which introduces more customers to the brand,” said Christina Boni, SVP at Moody’s in an interview with Retail TouchPoints. “The company has worked to adjust its product offering to meet the changing needs of its customers in these unprecedented times.”

Foot Locker managed solid 6.9% comparable sales growth during the quarter thanks to shoppers returning to the outdoors — well above the 0.2% drop analysts expected, according to CNBC. The retailer also benefited from COVID’s pressure on vacation plans, as many shoppers ended up spending more on items that would be useful for smaller outings closer to home.

“This is indicative of how behavior has shifted in the near term because of COVID, with increased spending on retail over traditional service-based purchases,” said Mitter. “As people are spending less on vacations and personal care, they are spending instead on retail to venture out locally (fashion, active gear, etc.). The growth in apparel may taper off moving forward, once consumers are further removed from the constraints they embraced while being stuck at home during the pandemic.”

While its momentum may not be permanent, Foot Locker executives expect it to carry into the second half of the year at least. Expectations are high across the retail industry, although the Delta variant means that shopping habits during the fall and winter could shift. However, smart retailers will still find good uses for their physical stores, and Foot Locker’s recent acquisitions will help the retailer gain footholds outside of malls.

“Many expect the economy to improve in the next six months, and consumers are confident about the economy’s prospects,” said Mitter. “However, suppose COVID resurfaces and once again becomes a considerable concern for shoppers? In that case, we may see an accelerated shift to a more experiential and brand-building role for the physical store — with stricter controls and limited capacities in place.” 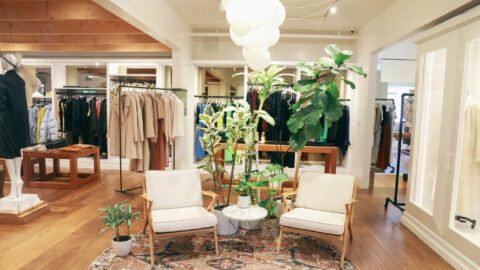