The mass store closings and divestitures occurring at Macy’s and Sears have been a rude awakening for the two iconic retailers, with the brands scrambling to maximize whatever value these locations have left. But as the Tsunami slams down on Macy’s and Sears, discount and off-price retailers such as Dollar General and TJX are riding a great wave.

Thus far in 2017, Macy’s is set to shutter 68 stores, while Sears Holdings will close 109 Kmart stores and 41 Sears locations. And while more closures will likely be on the docket beyond 2017, the retailers also are selling off properties to third parties.

Sears is in a similar position, selling five department stores and two auto centers to retail real estate developer CBL & Associates for $72.5 million. Sears will continue to operate the department stores under new 10-year leases, but CBL will control these locations for future redevelopment purposes.

While retailers are closing or divesting stores left and right in 2017, Dollar General is bucking the trend with plans to open 1,000 stores and two more distribution centers this year. The expansion will give the retailer more than 14,000 stores nationwide and create 10,000 new jobs. And even as Dollar General’s same store sales fell 0.1% in Q3 amid competition and food stamp cuts, the brand still increased net sales 5%, illustrating that new stores are making the retailer plenty of revenue.

While the pricing offered by discount stores may target more low- and middle-income households, the retailers also are becoming favorites of higher-income families and Millennials. In fact, 25% of customers at Dollar General, Dollar Tree or Family Dollar are Millennials from households earning $100,000 or more, according to data gathered by NPD Group’s Checkout Tracking division.

TJX’s brands also are benefitting from the hard times at Macy’s, Sears and Kmart, according to a survey from Foursquare. TJ Maxx already has reaped the benefits of Kmart shoppers, gaining a 47% visit share from consumers who shopped at a Kmart location within six months of closing. Marshalls increased visit share 29% from those who shopped at a Macy’s location within six months of closing, according to the survey.

With net sales increasing 7% and comparable store sales increasing 5% in Q3, TJX is continuing its growth pace while its department store counterparts stumble. As traditional brands continue to consolidate their brick-and-mortar businesses, more off-price and discount retailers have opportunities to take advantage of their environment. 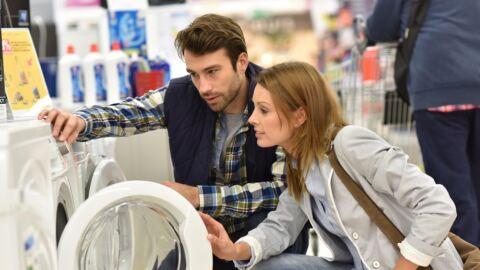