Macy’s, Kohl’s And Nordstrom Shoppers: Who Are They Really?

As retailers seek ways to more accurately target promotions, advertising and other types of engagement to their customers, they are finding it helpful to look beyond shopping habits, to other elements of the consumer’s lifestyle.

Some key stats from the research include:

“We used retail as starting point and focused on shoppers from three big department stores,” said Jon Schulz, CMO at Viant in an interview with Retail TouchPoints. “There’s a lot of retailers out there and we thought that those three represented a good cross section — higher end, mid-tier and one on the discount side. The crux was not just to demonstrate how we can isolate shoppers, but using other attributes to open up a lot more targeting and customer segmentation options for advertisers other than a shopper’s past purchase.”

These findings can open retailers’ eye to different ways to approach their target audience through segmentation, according to Schulz. For example, if Kohl’s wanted to target Macy’s and Nordstrom shoppers, they could use these insights, such as shoppers’ affinity for Starbucks, to send specific coupons to these customers to get them to come to Kohl’s stores.

“A lot of what targeting is about is past purchases or retargeting site visitors,” Schulz. “What we hope to open up here is that there are other ways to segment customers [beyond past purchases].”

Key findings in Viant’s research also revolved around television viewing habits. While shoppers from all three stores had similar behaviors in terms of the average number of hours of TV watched per day (three) and the number of hours of streaming videos per day, the networks they watch varied.

The research showed that:

These findings provide retailers with insight into how to better optimize their TV ad spend and see what they are getting in return.

“Retailers spend a lot of money on TV as a format, so going deeper in understanding that can help them form better decisions down the road,” said Schulz. 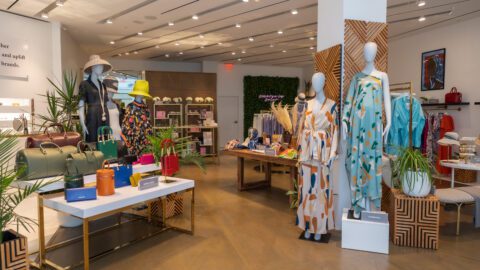