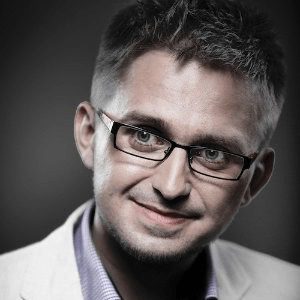 While third-party data still has its value, today there’s a bigger focus on utilizing first-party data. This is because third-party data is used by everyone (including your competitors), and people are generally more skeptical of online advertising. It’s increasingly harder to get users to engage with ads, unless, of course, they’re relevant to each individual consumer and provide some amount of value.

But do relevant ads actually produce results? Are they more effective than non-relevant ads?

It turns out they are.

A 2014 survey conducted by Yahoo! and Interscope Research found the following:

Marketers and advertisers have used various forms of personalization for some time now, but it’s mainly been based on online data only. However, its true potential lies in combining offline data with online data via a process known as first-party data onboarding.

What Can Companies Achieve By Onboarding Offline And Online Data?

Most companies these days collect both offline and online data. By combining the two, you can achieve the following:

Now that we’ve covered the advantages and benefits of first-party data onboarding, let’s take a look at some use cases to see how the process can be applied.

Retargeting is an advertising method used a lot in the online world. It involves displaying an ad to a user who has previously interacted with a brand or web site. Compared to normal display advertising, retargeting is very effective, as the user has already expressed interested in a product or service, and therefore, the intent to buy is much higher. In fact, users who are retargeted to are 70% more likely to convert. It’s now easy to see why so much potential lies in onboarding first-party data for remarketing.

Let’s look at an example of how a company can increase conversions by displaying retargeted online ads to customers who interacted with them offline. We’ll use an imaginary car dealership, Bob’s Wheels, as our example company.

With over 500 dealerships across the U.S and Canada, Bob’s Wheels is one of the largest car dealerships in North America. Recently, the marketing team wanted to run an online retargeting campaign targeted at potential customers who had visited or contacted their dealerships.

As the sales consultants at Bob’s Wheels already collect phone numbers and email addresses (given by potential customers wanting to test drive a car or make an inquiry), it would just be a matter of onboarding their offline data and creating the right audience segments.

Here’s how Bob’s Wheels could retarget offline and online visitors: 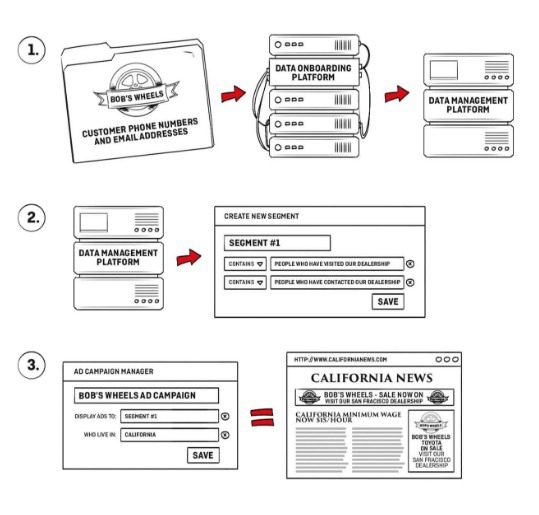 The results of the retargeting campaign would bring an increase in sales and campaign performance.

Attribution is a powerful technique used by marketers and advertisers to help them identify the touch points a customer had before a conversion (e.g. a purchase), and understand the behavior and actions of their customers.

There are a number of different types of attribution, and thanks to the help of advanced algorithms, attribution is becoming a lot more accurate.

While attribution is prevalent in the online world, its true potential can be unlocked by combining offline data with online data to discover users’ behavior across both channels. Let’s use an imaginary supermarket, Paul’s Market, as an example of a company that can utilize offline-online attribution to increase future sales.

Paul’s Market is a large supermarket retail chain with over 100 stores across the U.S. and it offers a loyalty program to its customers. Points can be collected by presenting the card at point-of-sale (POS) in-store. The marketing team at Paul’s Market wanted to launch an online ad campaign targeting their loyalty card members and analyze the effect their online ads have on in-store sales.

Apart from the overall online-offline attribution, they also wanted to find out how many touch points a customer had (i.e. how many times they saw an ad) before they made an in-store purchase.

Here are the steps the marketing team at Paul’s Market could follow to achieve this: 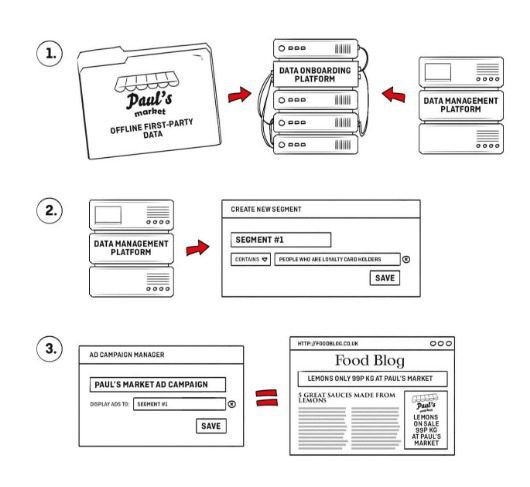 Once the online display advertising campaign has run for a number of months, or even when it has ended, the marketing team could analyze its performance and identify how many times customers saw the online ads (touch points) before they made an in-store purchase. This would allow them to optimize the messages and offers they display in their ads, and save money on their ad campaigns by setting limits on how many times a user is shown an ad.

Cloud Airlines, just like most other large airlines, offers a frequent-flyer program to its customers. To register for the program, customers can either fill in the registration form online or at one of its many customer service desks located in over 200 airports around the U.S. The airline wanted to run an online campaign to increase the number of new subscriptions to its frequent-flyer program, but they didn’t want to show the ads to existing members.

Here are the steps Cloud Airlines could take to achieve this: 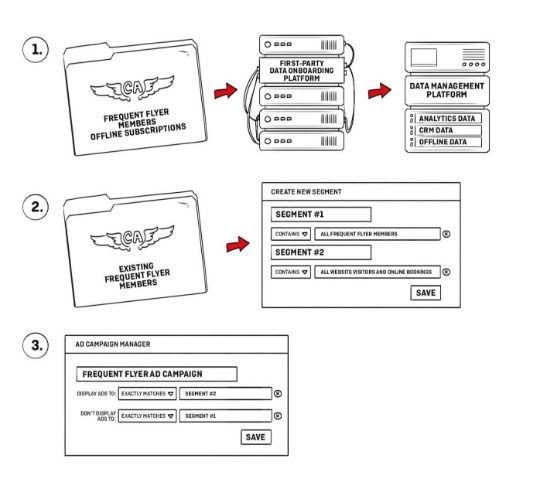 In our increasingly omnichannel world where consumers move seamlessly between online and offline channels, marketers will need to combine all of their data to optimize campaigns and provide the most targeted and relevant messages. First-party data onboarding allows for this and will continue to play a major role in the future of data-driven advertising.

Maciej Zawadziński is CEO and co-founder of Clearcode. He is a skilled technical leader and a savvy entrepreneur. Since 2003, he has held the position of CEO of four successful startups.