The Truth Behind The AR/VR Hype 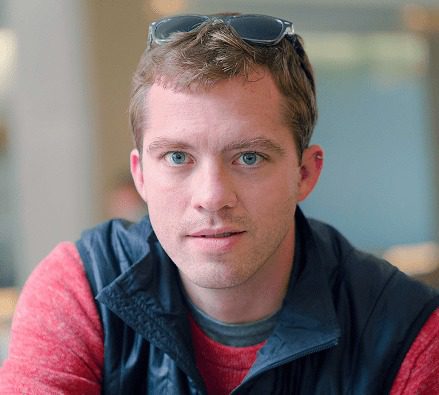 With smartphones paving the way for easy access to augmented reality (AR) and virtual reality (VR), real opportunities are emerging for retailers and e-Commerce companies to engage with their consumers in new and creative ways. Both technologies are already shaking up retail. The AR/VR market is projected to amount to $120 billion by 2020, according to forecasts by Digi-Capital. Even now, companies are working on creating AR/VR platforms for experiential shopping online.

Yet despite the obvious promise of AR and VR, there are still many barriers to widespread consumer adoption of these technologies. Chief among them are fragmentation and a lack of standards for sharing data. Google, Facebook and many other technology titans are now engaged in what will likely be a multi-year battle to become the company to fix this and control this emerging space.

In order for companies to make the best investments for their business, it is important to understand just what a transition to AR/VR would look like for them.

Looking To The Past To Predict The Future

It is very helpful to look at how similar industries have developed in the past when you are trying to forecast how a technology market will develop. In this case, the recent past provides an excellent model for how AR and VR adoption are likely to progress: Internet video.

With the adoption of HTML5, video is ubiquitous online, delivered through a standard set of open technologies that are displayed the same in virtually every browser. Yet it actually took more than 20 years for us to arrive at this point.

Internet browsers had no native ability to display video when they were introduced in the early 1990s. Tinkerers and technologists quickly fixed that, but these early video solutions were one-offs rather than true products. They were not interoperable with one another and required users to download separate software plugins to take advantage of them.

Time and investment money would see these early experiments productized and an industry formed around them. Yet that left us with a raft of competing companies, each pushing its own closed standard and separate plugin to be downloaded — RealNetworks RealPlayer, Adobe Flash, Microsoft Silverlight, etc. This chaos limited adoption considerably, ensuring video remained a minority content model for many years despite every other advantage.

Eventually, the “video player wars” of the late ‘90s ended with a single company, Adobe, grabbing most of the market, and its product, Flash, becoming the de facto standard. That solved the fragmentation problem. Video finally began to become a central content type online.

Even then, market maturation wasn’t done. Flash gave developers a defined target to work against and a sophisticated set of tools to build video into web sites, but it was also a closed standard. It still required a separate browser plugin, which had major considerations for security and site performance.

These issues led to the development of an open standard for video delivery as a part of the HTML5 specification. This eventually became the main framework for video, with adoption helped considerably by Apple’s decision to limit support for Flash on mobile devices.

Where We Are Now

So what does all this mean for AR and VR? Assuming it follows a similar adoption pattern as video, it means we are still very early in this process. I would peg us at about the same maturity as the Internet video market in 1998.

AR is even earlier into the adoption curve. Although companies like MagicLeap have released compelling demos and Microsoft has released a development version of a functional AR system, HoloLens, there are no significant commercial products on the market as yet.

Before AR and VR adoption becomes widespread, the market is going to have to become less fragmented, and standards must be established for how this content is displayed and how it shares data with other applications. This process will likely be faster than it was for video, but it could still be several years before things fully mature.

What Are The Opportunities For Online Retailers?

This is not to say retailers should be ignoring VR and AR. On the contrary, when we look at the history of Internet video technology, we see that it was a game-changer for retail, and the companies that were smart about implementing it gained considerable advantage. AR and VR have similar potential, and retailers ignore them at their peril.

Rather than investing heavily in a specific platform, at this early stage retailers should be experimenting with these technologies to understand the impact they could have on their business.

The first thing to consider for retailers is how each platform functions within their business and the ultimate purpose it will serve. While both are highly immersive and promise to deliver unique experiences to consumers, virtual reality and augmented reality are suited to different kinds of problems.

Let us first look at AR, a platform that mixes virtual and physical. As an overlay to the world around us, this offers omnichannel retailers many options. Consumers can try on clothes, makeup, glasses — any number of products they would normally visit a brick-and-mortar store first for. Within the store, AR offers many ways to enrich the customer experience. It can act as a force multiplier for sales staff, answering questions and guiding purchase decisions even when a physical salesperson is not present.

If augmented reality is made for consumers, think of virtual reality as a tool for retailers and executives. Retail chains looking to open in a new location can utilize VR to help them build a new store and work out architectural kinks. This costs them nothing to do and provides the opportunity to test locations and layouts. Companies have also been adding analytics to their VR capabilities. Managers of multiple stores can do virtual walk-throughs at the time that is most convenient for their schedule.

Developers at retail companies certainly have their work cut out for them, as adding one of these capabilities changes infrastructure and bandwidth on their sites. Consumer experience remains top of mind and developers will need to figure out ways to keep page loads minimal.

Both technologies have the power to transform retail once the industry establishes a standard set of interoperable tools and interfaces. The future of shopping is bound to transform in new and exciting ways. In the meantime, retailers should consider what an augmented or virtual shopping experience would look or feel like for their consumers.

Chris Zacharias is founder and CEO of imgix. Prior to that, he was a web developer at YouTube. As a developer, Zacharias recognized a need for tools that let developers build great visual experiences without adding bulk to their apps. In 2010, he founded imgix, a real-time image processing service that enables businesses of all sizes to deliver rich visual content with high performance and easy setup.