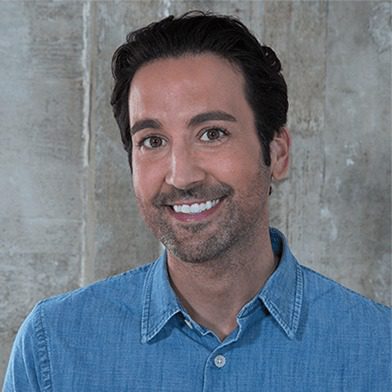 Pokémon GO is taking the world by storm, helping children and adults alike capture or recapture the experience of becoming a Pokémon master. From a technology standpoint, Pokémon GO is the first example of a basic version of augmented reality (AR) being used in a technological setting to popular success. Just as electric cars existed long before the Tesla, so did AR before Pokémon GO, but not to this level of mainstream success.

This is because unlike other AR products or apps of the past, Pokémon has a real cultural application. In fact, the success of Pokémon GO definitively proves that AR is easily adoptable by a mass audience and is here to stay. In terms of taking AR mainstream, what does Pokémon GO have that makes it AR’s killer app? Here are a few reasons why, and how brands can leverage them.

Pokémon GO’s licensing is front and center, but the technology is not. Children and adults alike are not downloading the app because of its AR capabilities, but because they want to catch all 151 of the original Pokémon, a franchise near and dear to Millennials ready for their first major childhood nostalgia wave.

Pokémon GO builds an activity by recapturing nostalgia through technology and serving a clear entertainment purpose. It’s worth noting that the game Pokémon GO is based on, Ingress, has been well-received as a smart use of AR, but is by no means a mainstream success. Brands and retailers can harness this sense of nostalgia by simply showing their support in ways such as displaying Pokémon-themed chalk art or incorporating the Pokémon brand into promotional material.

What has made Pokémon GO a cultural phenomenon is the interactive nature of its popular app. Pokémon GO is being called a real life (RL) video game. Never before has a mass-market video game encouraged players to go outside and create experiences offline and interact with a community of other players. This trumps even community-based gaming experiences, such as e-sports and card games, since gamers are going out into the real world and interacting with the environment, products, shops, restaurants, and sometimes even dead bodies to find Pokémon.

Retailers are getting in on the fun by drumming up excitement over social media about the Pokémon that people have caught near their stores or at nearby Pokéstops. This attracts players who might not normally go to a retailer’s store. As a real life game, Pokémon GO encourages its players to go outside and build community, creating an inclusive experience that retailers can use to build loyalty.

One way that Pokémon GO has successfully marketed itself on social media is through UGC. In the first week alone, more than six million mentions of the game were found on Twitter, and already thousands of visual memes, images, and GIFs are showing up online that parody everything from the game’s guide, Professor Willow (who was dubbed #foxygrandpa), to a recreation of the infamous George W. Bush shoe-throwing episode with a Poké Ball. These are just a few of many ways Pokémon GO’s easy accessibility is working tobringing people together in many forms, and it demonstrates the power of community that UGC enables. If retailers and e-Commerce brands haven’t started incorporating UGC into their marketing efforts, this should be a wakeup call.

It Uses Hardware That Everybody Owns Already

Fundamentally, Pokémon GO eases players into using AR and experiencing an RL game not just through recognizable images, but also through using a technology with which people are already familiar. Instead of asking its players to go out and purchase an expensive wearable device — never a good first move if popularization is the goal — Pokémon GO only requires you to download an app on your smartphone, a practice familiar to anyone to almost everyone (about 2.6 billion people globally own an iPhone or an Android).

While wearables are likely the future of AR, Pokémon GO is able to make the case that AR has a useful function and that it can lead to a compelling cultural experience. E-Commerce brands and retailers can take a lesson from this: The best way to reach new customers is by leveraging something they already use. Why build a separate smartphone app when a well-designed, user-friendly responsive web site is all a retailer needs for people to shop?

The game is free to download and works on both Android and iOS devices. And thanks to an existing massive network of playable spots generated by players of Ingress, the game on which Pokémon GO is based, playing this title is as easy to pick up as downloading onto your phone and walking out the door. E-Commerce brands can take a page from this playbook: Keep access simple. Amazon didn’t conquer online shopping by making products difficult to find, or buy (1-click purchasing, for example).

Now that everyone knows what AR is, and how it works on a more basic level, does that bode well for upcoming platforms such as the Microsoft HoloLens and the Magic Leap? If prices drop to something reasonable, and if these devices ship with some killer apps, they can help to take AR to the next level on a wide scale. Already some developers are working on a Pokémon GO demo for the HoloLens, no doubt a version that will make use of that platform’s powerful computer vision capabilities. In other words, AR’s future looks as bright as a bright yellow Pokémon.

Phil Schraeder is GumGum’s Chief Operating Officer and Chief Financial Officer and is responsible for financial planning, management, accounting, controls and human resources. His 17 years of experience helped GumGum rise to be an industry leader in the computer vision and marketing spaces.