Macy’s was perhaps the most notable retailer that furloughed its employees as the COVID-19 outbreak forced nonessential stores to close, putting the majority of its approximately 130,000 workers on unpaid leave. Now, TJX has more than doubled that total at nearly 268,000 employees, many of whom are hourly store and distribution center associates.

The retailer will extend store and distribution center closures indefinitely, having already moved past the two-week closure that started in mid-March. All associates will be paid through April 11 before the furlough goes into effect. Eligible associates can still claim their existing benefits, including health care, throughout the furlough at no cost. Additionally, TJX has provided impacted associates with information to help them determine how to apply for unemployment benefits.

While TJX has been immune to many of retail’s struggles in recent years thanks to the overall strength of the off-price sector, the retailer also shuttered its e-Commerce operation entirely upon closing its TJ Maxx, Marshalls, Home Goods and Sierra stores, indicating that the retailer may see a rockier period than omnichannel retailers that can rely on at least some online sales. The retailer’s e-Commerce presence is still relatively nascent, with TJ Maxx first launching an online site in 2013 and Marshalls only recently debuting its site in September 2019. Without the sites operating, the company is taking in no revenue until it opens the e-Commerce platforms up again.

“By keeping our stores and other facilities temporarily closed, we are supporting global efforts to help protect the health and safety of many people around the world,” said Ernie Herrman, CEO and President of TJX in a statement. “At the same time, we also take very seriously our responsibility to ensure the company’s long-term strength and stability well into the future, which has required making some difficult decisions in the near term.”

Top competitor Ross Stores is in the same boat, having furloughed most of its 88,000+ store and distribution center associates starting April 5. Ross does not have an e-Commerce operation. Another off-price rival, Burlington, has yet to implement furloughs, but scrapped its e-Commerce site altogether in early March.

Beyond the furloughs, TJX also will cut executive pay from April 12 to July 4. The base salaries of CEO Ernie Herrman and Executive Chairman Carol Meyrowitz will be reduced 30%, other executives by 20%, and “other senior executives​” by unstated amounts. Board members also have agreed to reductions in cash compensations. 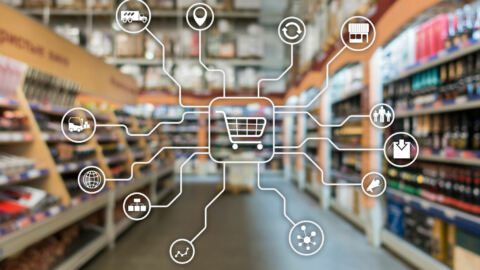 3 Predictions for the Future of Omnichannel 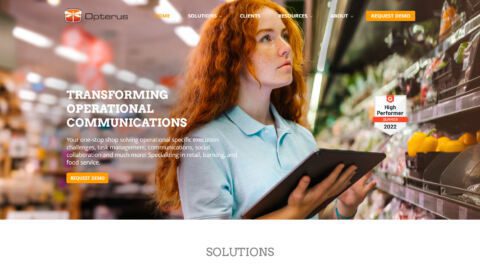 Opterus Updates its Platform for Greater Control Over Task Management