A grand slam’s worth of data about the brand and shopping preferences of World Series fans was uncovered by location data company Skyhook. By analyzing foot traffic in the Houston Astros and Los Angeles Dodgers stadiums during Games 2 and 3, Skyhook used mobile device data to reveal similarities and differences between the fans of the competing teams.

Skyhook used its location network to define “fanscapes” from device IDs belonging to Astros- and Dodgers-assigned geographies within Dodger Stadium for Game 2, and Houston’s Minute Maid Park for Game 3. That anonymized data was run through Skyhook’s Personas engine. This process uses behavioral algorithms to calculate brand affinities based on where individual devices have visited stores and other commercial businesses.

The data revealed that fans of both teams are budget shoppers, but Astros fans are more likely to shop at Walmart, Family Dollar and Dollar General, while Dodgers fans prefer Target, Costco and 99 Cents Only stores. When it comes to drug and convenience stores, Dodgers fans gravitate toward 7-Eleven, Circle K, CVS and Rite Aid while Astros fans show a preference for Walgreens.

Dodgers fans are more likely than Astros fans to work out at 24-hour fitness centers and shop at sporting goods retailers, and they showed a particular affinity for Dick’s Sporting Goods.

Fans of both teams are likely to stop at Shell gas stations. Aside from Shell, Astros fans frequent ConocoPhillips, and Dodgers fans are likely to fill up at 76 Petroleum. 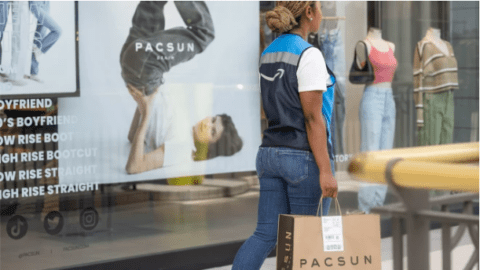