Leadership shakeups continue at Dollar Tree with the departure of five C-level executives just months after its Board was “reconstituted.”

COO Thomas O’Boyle, Chief Strategy Officer David Jacobs, CIO Andy Paisley and Chief Legal Officer and Corporate Secretary William Old are no longer with the company. Additionally, CFO Kevin Wampler will transition out of his role upon the appointment of a successor, but will remain with the company until April 2023 to ensure a smooth transition. Searches for successors for the four other open positions are underway, with the company saying it is in “advanced discussions with several candidates.”

The company was clear in an SEC filing that Wampler’s departure was “not due to any disagreement with the company.” The four other executives will each receive severance in the form of their base salary for two years, and interim leaders will take over their positions while the search for replacements is underway, according to the filing. Dollar Tree President and CEO Mike Witynski will take over the role of interim COO until a replacement is found for that role.

“As we look to the future, I believe these changes within our leadership team will bring new perspectives and experiences that will help accelerate our continued growth and deliver even greater value for our shareholders, customers, employees and suppliers,” said Witynski in a statement. “I want to thank Kevin, Will, Tom, David and Andy for their many years of dedicated service to the company and for enabling us to get to this point.”

“Our Board is fully aligned with Mike that now is the right time to bring in new leadership to ensure the company remains on a strong trajectory,” added Rick Dreiling, newly appointed Executive Chairman in a statement.

Dreiling — who was previously CEO of competitor Dollar General and is widely seen as the architect of that retailer’s turnaround — took over leadership of Dollar Tree’s Board in March 2022 following several months of pressure from activist investor Mantle Ridge. Mantle Ridge Founder and CEO Paul Hilal also joined the Dollar Tree Board at the same time as Vice Chair.

In late 2021, Mantle Ridge nominated 11 new executives to join the Dollar Tree Board — including Dreiling and Hilal — claiming the company would “benefit from a refresh” in order to address ongoing concerns about its lagging stock price and business model. The move followed a year of big changes for Dollar Tree, not least of which was raising prices to above $1. Mantle Ridge has a 5.7% stake in Dollar Tree, making it one of the retailer’s top two investors.

Dollar Tree didn’t completely capitulate to Mantle Ridge’s request — five of the company’s current Directors stayed on. However, the compromise gave Dollar Tree’s stock a nice bump, and the company has been on a relatively steady upward trajectory since. Dollar Tree reaffirmed its guidance for fiscal 2022 at the same time that it announced the five C-level departures, with consolidated net sales for the year expected to be between $27.76 billion and $28.14 billion. The company’s Q1, which ended April 30, 2022, yielded solid results, with consolidated net sales increasing 6.5% YoY and gross profit increasing 19.2%. 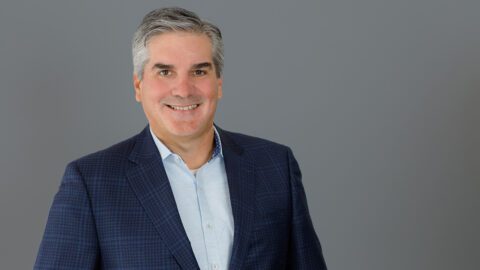