Cryptocurrencies are the Future of Payments: Here is How Merchants Fit In 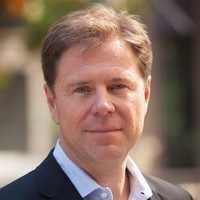 Bitcoin, along with many other cryptocurrencies today, finds itself in a rather unique position. The very centralized financial systems that they had set out to challenge have now adopted them and are advocating their use. With banks and credit card companies warming up to the idea of Bitcoin trading and crypto rewards on card transactions, are they really extending the benefits of crypto to merchants, or is this just a play to get consumers to buy into a shiny new card that looks different but acts very much the same?

Reinventing Payments: The Entry of Bitcoin

Bitcoin began as a concept to revolutionize payments in 2008, and today stands at a total valuation of more than $1.1 trillion at the time of writing this article — a figure that is higher than the market capitalization of JPMorgan Chase, Bank of America and Wells Fargo.

People are exhausted from being stuck in the decades-old payment industry and are looking for an alternative that is faster, borderless and more secure. This demand for a better payment infrastructure began with the rise of Bitcoin, the first big sign of customers wanting greater freedom in their transactions.

Bitcoin’s meteoric rise, however, took quite a while to reach appreciable values. The first real-world trade happened in 2010 when two Papa John’s pizzas were traded for 10,000 BTC, an astronomical amount at today’s exchange rate. After a couple of late gains, Bitcoin began to garner serious attention in 2014 when notable companies like Microsoft, Dell and PayPal began accepting payments through Bitcoin.

With the release of Ethereum just a year later in 2015, the crypto industry began to expand with multiple crypto exchanges opening up worldwide, which helped facilitate more trading. With the number of crypto users and investors on the rise, it was only a matter of time before popular financial institutions decided to make their entry.

How Big Institutions are Cashing in the Crypto Hype

The interest in tapping into the increasingly valuable crypto trade started early for companies like PayPal, which realized the growing importance of Bitcoin back in 2014. However, it was only after the COVID-19 pandemic that Bitcoin values truly surged to reach an all-time record high of $60,000 in March 2021, though as of this writing in May the price has since decreased.

As Bitcoin has become more attractive, financial industry players are scurrying to get involved. Recently, Gemini and MasterCard announced that they would be launching a new crypto rewards credit card sometime in the summer of this year. At first glance, Gemini’s announcement seems to mirror that of cryptocurrency-based lender BlockFi’s December 2020 announcement of a Bitcoin Rewards Credit Card that would incentivize cardholders with 1.5% of their total transaction in Bitcoins. The rewards, however, came at an annual cost of $200, so what could have been an industry-defining moment soon fizzled out due to lack of enthusiasm.

Gemini and MasterCard, however, seem to have learned from the mistakes of BlockFi and are now offering 3% back on qualifying purchases, 30 cryptocurrencies that can be used to transact and no annual fee. Clearly, this appears to be a win-win for customers, who get rewarded for spending their crypto — and not just in Bitcoin but an array of coins. So why is no one talking about the merchant benefits?

Why Crypto Reward Cards Do Not Benefit Merchants

The vision of crypto has always been to liberalize global trade and give more power to merchants and consumers. Centralized financial institutions have always imposed heavy percentages on merchants for offering services that cost a fraction of their fees. The result is that merchants have to pay to host a credit card acceptance service that is not just technologically outdated, but often end up with the merchants losing out on customers and sales due to slow networks, card declines and chargebacks.

In a truly digital future where online and contactless transactions are expected to be the norm, we must look for payment solutions that do not hesitate to reinvent how transactions should be made. Currently, most crypto payment options provided by big financial institutions do not actually transact via crypto; instead, they convert the customer’s crypto into fiat before it hits the merchants, making this a regular fiat payment process for merchants who still have to pay high fees and have to deal with all the issues of a credit card payment.

By denying crypto-to-crypto transactions between shoppers and merchants, the industry continues to leverage crypto payments as a buzzword to attract new customers while not offering the economic benefits that come from using cryptocurrencies, which levy significantly fewer transaction fees.

Though the recent Gemini/MasterCard announcement looks promising for crypto payments adoption, it glosses over the drawbacks and limitations that merchants face while glorifying consumer rewards. This kind of market behavior is expected from a traditional payment institution entering late into crypto — reaping the rewards but not embodying any of crypto’s open and beneficial policies that one would find in a blockchain-powered payment interface.

The crypto reward card model, which at first glance appeared revolutionary, might actually end up hurting the industry by denying retailers the benefits of blockchain-powered ecommerce. Blockchain uses a decentralized system to power a payments model using cryptocurrencies that is extremely secure, blazing-fast and borderless, which lets merchants accept transactions from shoppers globally while paying very little in transaction fees. All of this is done without asking for any personally identifiable information, making blockchain ecommerce a much safer and more efficient way of transacting.

How Crypto Will Revolutionize the Payments Industry

Finally, it is important to understand how cryptocurrencies will truly revolutionize ecommerce. As a large and increasing number of consumers start paying with crypto, merchants that recognize the shift and prepare themselves will discover an ecommerce industry that promises great rewards to first-comers. In the recent announcement of NYDIG, the crypto custody firm made it clear that hundreds of American banks will soon facilitate Bitcoin trading, a move that will push the number of crypto transactions and users even higher.

If and when this happens — as it’s already started — then a new infrastructure to support cryptocurrency trading and transactions will be needed. Even if banks adopt Bitcoin, they will likely not have the updated payment infrastructure to keep pace.

This is where blockchain comes in. Blockchain technology enables merchants to get access to a global audience and a secure payment gateway that facilitates payments in real time, and drastically reduces the chances of fraud and payment errors that we see amid the card networks and traditional payment systems. It also lets shoppers choose from different payment options via multiple cryptocurrencies, which increases the number of customers for merchants.

With crypto payment solutions offering lower transaction fees that can save merchants a huge percentage of their profits, now is the best time for merchants to capitalize on this growing industry. In this age, merchants now have the option to take matters into their own hands and create a future for their business that is completely autonomous and global — a future that a cryptocurrency-powered market promises to deliver.

Peter Jensen is the CEO of RocketFuel Blockchain. He is an experienced IT executive with extensive global experience within enterprise software. From 2019 to 2020 he was CEO of Spanugo, a provider of security assurance applications, which was sold to IBM. Jensen helped found four different startup companies and held CEO titles at Presidiohealth, ParStream and Stopthehacker.com. Previously he held senior sales and marketing positions with Symantec, Oracle and VMWare. Jensen holds an MBA from the Copenhagen Business School.