Khronos Group Goal: ‘Create One 3D Model That Works for Everyone’

Efforts to make 3D images look more, well, three-dimensional — and to make their usage practical, consistent and cost-effective — have been underway for quite a while now. But as with many other elements of ecommerce, they got a big boost from COVID-19. One reason was that with in-person interactions and travel severely restricted, creating and shipping product samples internationally became if not impossible then cost-prohibitive.

In this environment, the ability to accurately render objects not only in terms of colors and dimensions but also incorporating subtler elements like their textures and sheens became an extremely valuable tool for product design, development and creation. 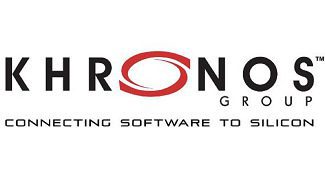 “The goal has been to be able to create one 3D model that works everywhere — for manufacturing, on your own ecommerce site and for marketplaces you sell on,” said Ashley Crowder, CEO of VNTANA and a member of the Khronos Group, a consortium of more than 150 companies developing standards for 3D images and XR (Extended Reality) applications. “COVID expedited a lot of that, because our [apparel manufacturing] clients couldn’t get any samples from China, so they had to use 3D — and then they used 3D to sell it to Nordstrom and other buyers.

“Now we’re never going back,” Crowder added in an interview with Retail TouchPoints. “Companies saved so much money in not having to manufacture samples and they also reduced waste, so it really helped expedite the adoption of 3D.”

VNTANA provides a 3D content management system designed to “make it easy to view and share in a digital showroom and collaborate globally, as well as then sell the items to retailers,” said Crowder, noting that she has seen larger companies in apparel and footwear begin to do their design work in 3D. “If you get all your products into [3D], that means you’re making even fewer samples, as well as streamlining processes such as sales and marketing,” she noted.

This increased demand for images nuanced and accurate enough for design and manufacturing has been guiding the Khronos Group’s 3D Commerce Working Group, which was established in 2018. The Working Group has been busy developing a variety of guidelines to help content creators make 3D content for customers. In October 2020, the Group released version one of its asset creation guidelines for 3D artists creating assets for ecommerce applications.

“The overall goal is to showcase product details in different perspectives and with more richness,” said Shrenik Sadalgi, the Group’s Chair and Director of R&D for Wayfair in an interview with Retail TouchPoints.

However, accomplishing this goal involves conquering multiple challenges. Some are technological: “How can I represent the shininess of a product? How do I represent glass beyond whether it’s opaque or translucent?” said Sadalgi. “For example, it’s hard to show velvet [as a fabric], because it has a sheen that’s tough to re-create in 3D.”

Other hurdles involve end-user technology. The Working Group has been striving for the same levels of consistency that have already been achieved with two-dimensional images. “If you have a jpeg, you want everyone [who views it] to see the same thing,” said Working Group member Martin Enthed, Innovation Manager for IKEA Marketing and Communications in an interview with Retail TouchPoints. “You don’t want your image to be the ‘special sauce,’ you want to make it once and use it everywhere. That’s what everyone wants.”

To that end, in July 2021 Khronos launched a 3D Commerce Viewer Certification Program that “enables 3D viewers across the industry to demonstrate that they can accurately and consistently display 3D products, clearing the way for reliable 3D and AR-powered shopping across multiple platforms and devices,” according to a Khronos Group statement.

Another challenge the Working Group has taken on is compressing the extremely large files that are needed to contain all the information for 3D assets. “We’ve figured out a way for retailers to package multiple different elements of a product,” said Sadalgi. “If it’s a bed, for example, it might come in different sizes and use different materials such as metal or wood. But how do you bundle all these together into a 3D model and deliver it in a lightweight file size?”

That answer came with file compression guidelines released in April 2021, creating “universally distributable glTF assets that reduce download size and use natively supported texture formats to reduce GPU memory size and boost rendering speed on diverse devices and platforms,” according to a statement.

This release was followed by a June 2021 release of standards for embedding metadata such as product descriptions, details on intellectual property rights, creation and modification dates and other detailed authoring history.

“One of the reasons the 3D Working Group came about was that there’s an entire ecosystem of different players that are ‘touching’ this content in different ways,” said Sadalgi. There’s the original creator of the product, and then there may be multiple manufacturers that actually produce the item. Then there are the various tech platforms, which often have differing operating systems and formats.

“All of these folks have to come together to solve the entire challenge,” said Sadalgi. “Sharing this information actually helps, because the more people who can come together in 3D commerce, the better it will be for the end consumer.”

And as tough as these challenges are, there’s a strong case to be made that they are worth it. “Humans live in a three-dimensional world, so that means that anything that has a 3D form is easiest to explain in a three-dimensional way,” said Enthed. “We’re 3D creatures, and when you can use 3D to tell a story, it’s more impactful than photography or video.”