Impulse shopping? Not so much. That’s the conclusion of new research by NPD Group, which finds that the overwhelming majority of consumers are going off to food stores with shopping lists and coupons in hand.

According to NPD’s Before the Store report, 94% of U.S. households prepare a written shopping list before they head out and 72% never or only occasionally deviate from their planned purchases.

NPD also found that most households have a primary person, usually but not always a woman, responsible for handling the grocery shopping. Interestingly, the development of the shopping list appears to include various family members. Kids, for example, contribute to 40% of the lists made up by family households.

“For food and beverage manufacturers and retailers, it’s all about getting on the list,” said Ann Hanson, executive director of product development at NPD Group and author of the report, in a press release.

“With so many purchasing decisions being made at home where meals are being planned and shopping lists assembled, it’s important to focus on the consumer at home before they leave for the store,” she added.

Among those who buy off the household shopping list, there are several explanations. Mentioned most often is the fact that they saw it on promotion (80%). Reason number two mentioned by 67% is that they realized they forgot to put an item on the list. A smaller number, 37%, chose to buy something that “looked like a good meal or snack solution.”

The general consensus among the BrainTrust panel is that impulse buying is still alive and well, despite the report’s findings.

“We make a shopping list of things we can’t resist, then we go to stores and buy what our sights insist,” said Gene Hoffman, President, Corporate Strategies International. “The idea that impulse buying has gone awry,

Is well researched but it’s not time to say goodbye.”

The BrainTrust thread hit one hot button in particular — shopper marketing. “The conversation about this research from NPD reinforces the importance of the ARF shopper insights effort, especially regarding how to research the path to purchase,” said Joel Rubinson, President, Rubinson Consulting. Our intention is to document appropriate research methods for shopper questions and it appears that this is a great example of why that is needed.”

One analyst expressed particular doubt about the findings. “I don’t know how they compiled their data, but 94% seems ridiculously high,” noted Adam Napeli, VP, Market Basket. “Having been involved with supermarkets for the last 17 years, it is the merchandising that sells the product. The display, the smells, the quality, and yes — the price. Even with digital solutions that make it easier to plan in advance of a shopping trip, today’s shoppers still don’t have the time to do the planning they would ideally like to be able to do. Those making the lists–for the most part–are those who have been making lists for the last 40 years.”

Napeli pointed to Costco as a leader in upselling. “It’s that ‘treasure hunt’ mentality that more grocery retailers need to incorporate into their merchandising plans,” he said.

Another analyst emphasized the natural consumer-driven impulse. “If lists prevented impulses, our inboxes would be empty and our to-do lists complete,” said Devangshu Dutta, Chief Excecutive, Third Eyesight. “We are creatures of impulse, and smart retailers and marketers are still able to tap into that streak, recession or not.” 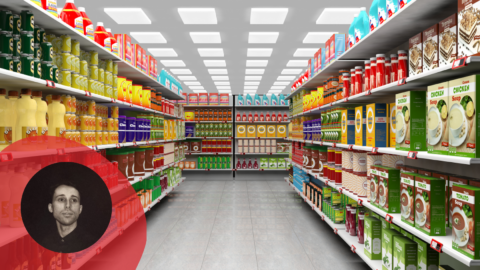