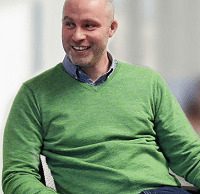 Efficiency has never mattered more. In today’s rapidly changing world driven by technology innovation and customer behaviour change, the competition is tougher, margins are tighter and every penny counts.

Being efficient isn’t just about managing costs. It’s essential if you’re going to deliver a consistently good customer experience and is the springboard to exploit opportunities. An agile operation means you are primed to adjust what you do, and are ready to jump and make the most of the opportunities that change brings.

Sometimes it takes a fresh set of eyes and efficiency work study measurement to create fresh insight on your operation and a robust business case for change. We work with brands that are committed to their ongoing efficiency, and we’ve shared some fascinating insights over the years. The best insights are those that seem blindingly obvious once you see what the data shows.

Costa Coffee is a stickler for detail, probably one of the many reasons they have been voted the UK’s favourite coffee shop for nine years running. We’ve measured all aspects of their operation, and helped them identify that the layout of their counters was causing a bottleneck that was slowing down the time it took for a customer to get their cup of coffee. They have since designed, tested and rolled out new counters that have improved their efficiency.

Analysis for Costa also showed that it took longer to prepare hot food at the drive-through than it did to make a cup of coffee. This meant that customers got their coffee, then had to park and wait for their panini to heat up and be brought across the car park by a colleague. The answer was to install faster panini presses to eliminate the wait, making things more efficient for the customer and the team.

Costa’s executives are innovators, always trying new things to improve how they deliver their signature blend to their customers as efficiently as possible. Whether it’s getting a morning caffeine shot to train travellers in London, fast service at the drive-through or a more leisurely catch-up in a coffee shop, Costa has measured it and is always working on making it even better.

You might have heard the story of the Team GB cycle team who made hundreds of small changes that added up to an impressive advantage over other teams — that’s what the best retail operators do too.

Another coffee giant with a focus on travel locations made a series of small improvements and increased their coffee-making capacity by 25%, a big commercial win when your business model is based around commuter flows. In order to do this, they analysed the individual movements required to make a cup of coffee. One improvement they made was to store the takeaway cups at an angle within easy reach of the associate, making it easier to grab and fill a cup than if they were part of a vertical stack. Small changes matter.

And while detailed movement analysis unlocks savings, bigger moves make a difference too. A fast-growing convenience food retailer had started out using a variety of methods for moving delivery stock from the back door to the shelves, using a mix of baskets and trolleys. As a 700-store chain, is the company recognized the need to establish a consistent and efficient operation, with fit-for-purpose stock trolleys with space for waste recycling. It’s a small change with a big payback.

While taking a detailed look at an individual process, there’s also opportunity in process variability between stores. A DIY retailer found that its stores didn’t set out their stock storage areas in the same way. Work study measurement showed that stores with the top-selling lines closest to the shop floor were much quicker retrieving products, on average, than those that kept them in the furthest corners of the warehouse. It’s an obvious finding yet was difficult to spot without the evidence.

Another DIY retailer learned that some stores took five times longer on average to pick click-and-collect items. It was all down to their inconsistent stock processes, which meant stock was not where those executing store level processes expected it to be.

Inconsistencies between stores can be even larger when the estate is a mix of franchise. partner-run and owned and operated stores. Jewelry retailer Pandora faced just that challenge. Measurement and analysis showed franchise partners ran tighter salary costs and numbers of associates, which boosted efficiency but increased the risk of longer queues and missed sales opportunities. Owned-and-operated stores had greater associate resources, but their time wasn’t always used effectively. And there was massive variance across all stores for the time it took to check off stock. Pandora was able to learn from its best performers to drive efficiency, customer experience and sales.

Another efficiency star performer is Vodafone. Over a number of years the company have measured how much time is spent with customers, and on tasks in stores, in a number of markets. When first measured, they set a target to move time away from tasks in order to spend more time adding value with customers, and reviewed their whole operation to achieve it. Since then, the company has focused on customers and measured its progress every year. Vodafone has succeeded in increasing the time they spend with customers, as a proportion of their total time, by 40%.

Costa and Vodafone show that efficiency isn’t a one-off project, and the best results come from a continuous focus on efficiency.

Simon Hedaux is Founder and CEO of ReThink Productivity. He started out on the shop floor and quickly progressed to Manager and then straight to Head Office. Becoming Productivity Manager at leading UK retailer Boots, he then became a Workforce Management Consultant before founding ReThink Productivity. In just nine years it has become one of the leading productivity consultancies — helping some of the world’s biggest businesses get ahead.