57% Of Online Purchases Are Returned Due To Retailer Error 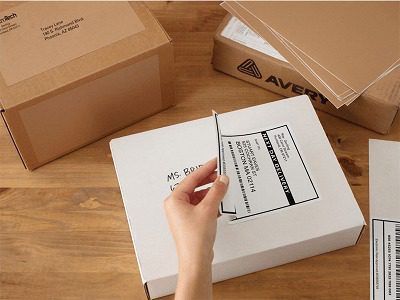 However, there is still plenty of work to be done as retailers strive to minimize return rates and maximize customer satisfaction, according to research from Voxware.

More than half (57%) of consumers are returning items they ordered online or by phone due to retailer error. While 42% noted that the product’s size or color was incorrect, another 15% said they received the wrong product altogether.

“As consumer buying habits have changed, it has required retailers to change,” said Keith Phillips, CEO at Voxware. “Not all of them have done a real good job of it. Some of them really just struggle with the concept itself, while others have struggled with the execution.”

Nearly two third (63%) of respondents said up to 10% of the items they purchase online or by phone are returned due to error or dissatisfaction. Another 20% indicated that they return up to 25% of items they buy for the same reason.

Voxware collected responses from 500 consumers to conduct the survey. This is the second time in more than two years that the voice solution provider has released return-related findings.

“The interesting thing to me was — between the original survey and this survey — is that we saw very little change in the responses, which tells me that this is not something that people are going to become desensitized to,” Phillips said in an interview with Retail TouchPoints. “They’re not just going to accept incorrect shipments. The pattern seems to be that the reverse will happen; they’ll just go shop elsewhere.”

The Bottom-Line Impact On Satisfaction And Loyalty

Nearly 20% of consumers revealed that after returning the incorrect item, they received the same incorrect item a second time. Approximately three quarters of these respondents (73%) stated that they were much less likely to shop with that retailer online or by phone again for future purchases.

While customers may be willing to forgive retailers after one return experience, 25% of respondents said they have experienced return issues with specific retailers more than once. As a result, 50% of this group said they reduced shopping with that retailer online. To make matters worse, 45% of these respondents stated that they have limited shopping with that retailer altogether — both online and in-store.

In today’s era of retail, merchants should no longer architect their supply chains from the warehouse out, Phillips recommended. Instead, he encouraged them to start the chain backwards from the consumer’s doorstep. He suggested that retailers first “acknowledge what they don’t know” to find out what outside resources and hires are necessary to understand the consumer and gather modern supply chain management knowledge.

“Retailers always try to drive a fairly high level of accuracy in terms of their shipments to stores, but if they mis-shipped an item to a store, it’s not a big deal,” Phillips stated. “They can just make a correction on their accounting systems, put the item on the shelf and eventually it fails or they can send it back just like any other item. The processes that people use in that environment just don’t scale in the direct-to-consumer environment. There’s not enough audit checkers that you can put in a warehouse to look through every individual order going out to make sure it’s 100% correct. We know that this problem starts with the receipt and put-away of materials. Even if the order is picked correctly, if it’s not replenished and in the right bin location, then the next item will still be the wrong color or wrong size.”