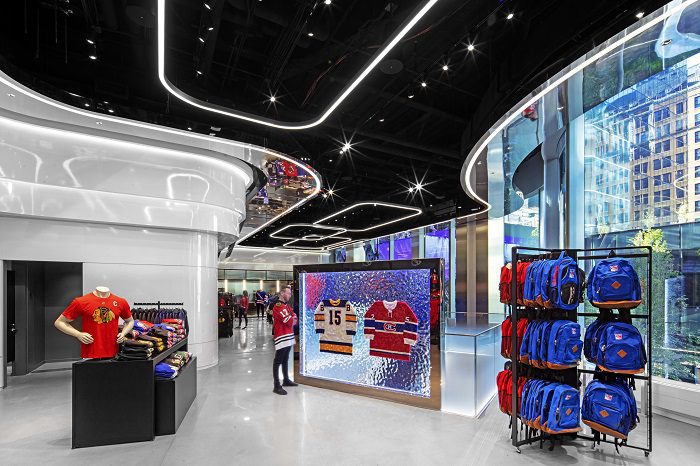 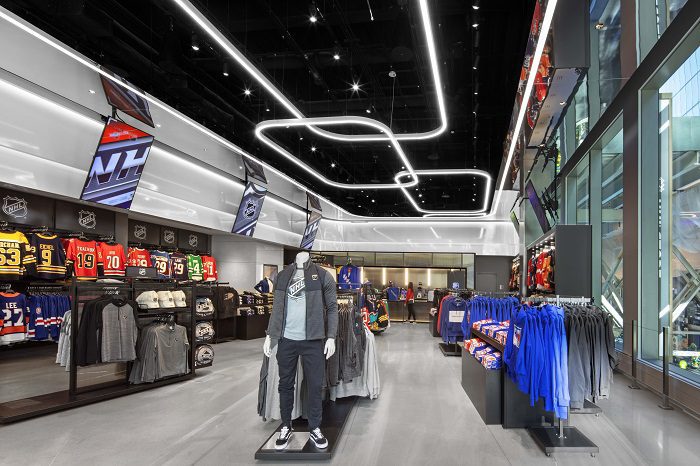 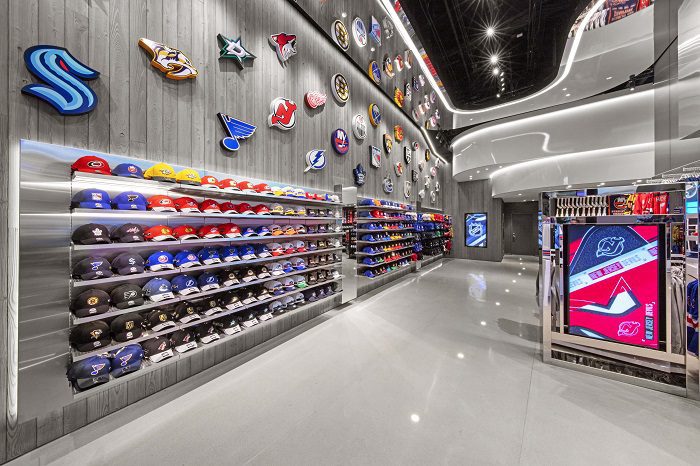 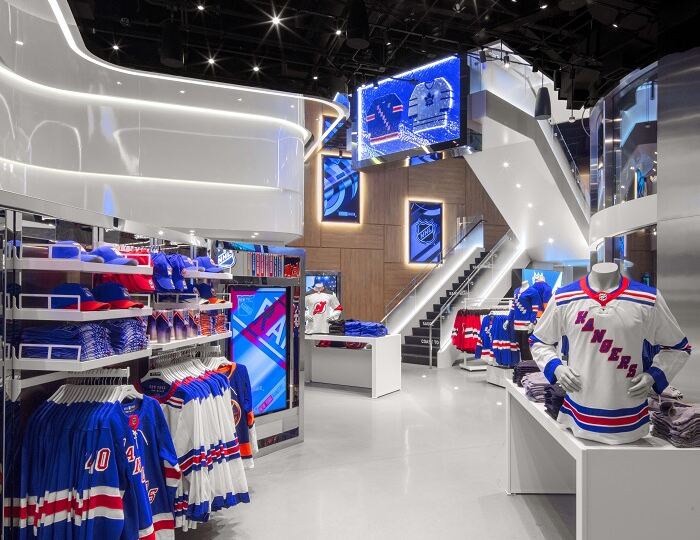 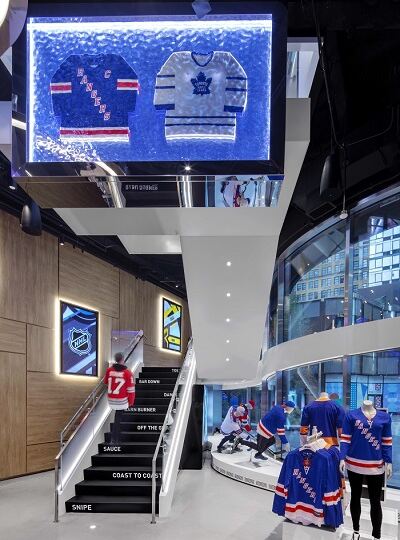 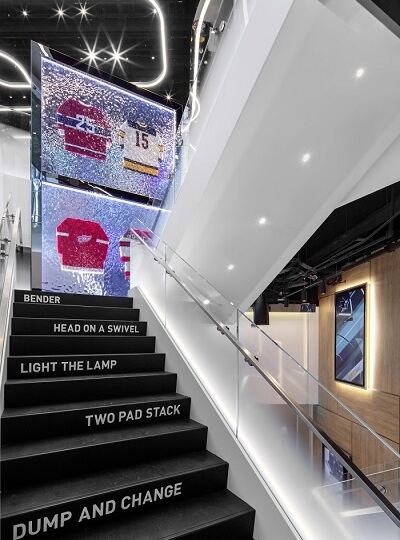 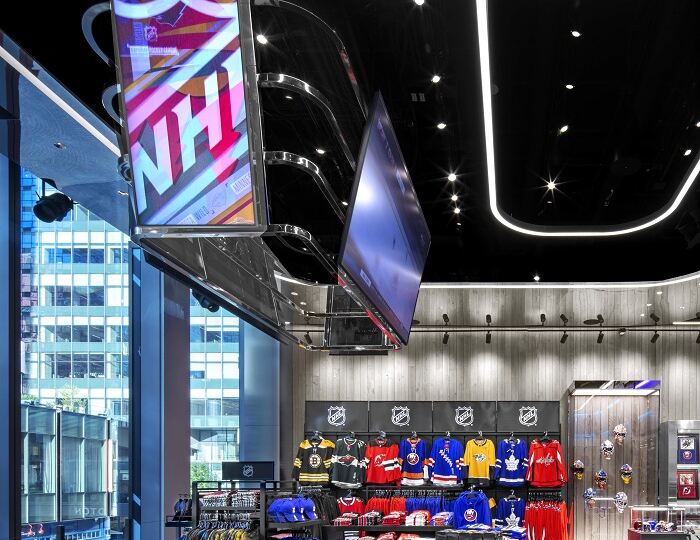 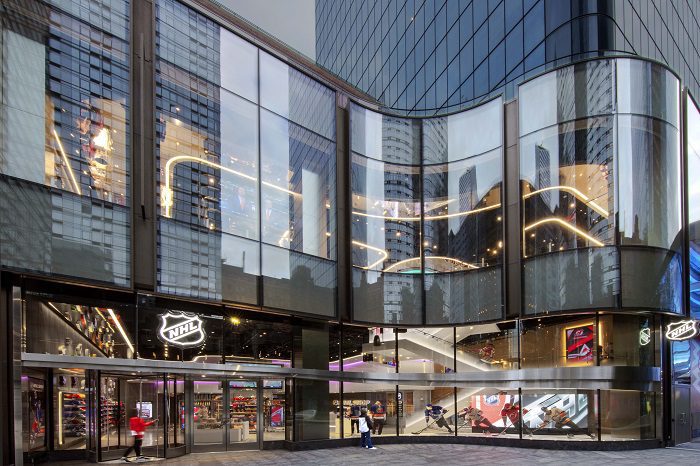 Located just one city block west of Madison Square Garden, home of the National Hockey League’s New York Rangers, the NHL Shop flagship debuted late last year. This retail experience, a collaboration between the NHL, Fanatics and Lids, was created for hockey fans loyal to every team to converge for an experience focused on the sport they love and the teams they cherish.

“The new flagship store serves as a pilgrimage site for hockey fans everywhere to support and connect with their favorite team,” said Alec Zabellero, Managing Executive at TPG in comments provided to Retail TouchPoints.

Designed by TPG Architecture, the flagship’s interior was inspired by the curved shape of a hockey rink and the ways the game’s players move when skating on ice. Inside, the sleek, modern look of the NHL logo provided inspiration. Relying on this scheme allows the store to highlight the team colors and products that are displayed throughout the 11,382-square-foot space.

On the 3,426-square-foot ground floor, the hat wall — a key focal point within the space — is a barn-wood feature inspired by the sport’s roots of being played in field houses during Canadian and New England winters. Leading up to the 5,372-square-foot second floor, customers ascend a staircase that was constructed using rubber treads, which are used in player locker rooms and around hockey rinks.

Visitors can enjoy programming, shown on 28 high-definition video walls, that includes live game broadcasts, original NHL productions and NHL social media content updated in real time. A second floor jumbotron-style screen and broadcast studio to accommodate interviews with players overlooks the plaza and an outdoor seasonal ice rink. Fans are able to create their own souvenirs featuring images of their favorite players or team mascots at an AR-powered photo booth.

The flagship is set to serve as a pre- and post-game space for fans to congregate and learn more about the league’s history. Along the staircase, replica jerseys of the six original NHL teams — the Boston Bruins, Chicago Blackhawks, Detroit Red Wings, Montreal Canadiens, New York Rangers and Toronto Maple Leafs — are housed in glass cases, giving the impression that they are “frozen in ice.”

Additional artifacts and memorabilia curated by the Hockey Hall of Fame in Toronto also are featured. Current exhibitions cover the evolution of the hockey stick and helmet, the history of the NHL All-Star Game, and the Men’s and Women’s Olympic Ice Hockey Competitions.