UPDATE:  Walmart officially announced it has acquired an initial stake of roughly 77% in Flipkart for approximately $16 billion. The remainder of the business will be held by existing investors, including Flipkart’s co-founder Binny Bansal, Tencent, Tiger Global and Microsoft.

In a statement, Walmart said it would support Flipkart’s transition into a publicly-listed, majority owned subsidiary in the future.

“As Flipkart is expected to generate meaningful losses for at least the next few years, this is clearly an investment for the future,” said Charlie O’Shea, VP and Lead Retail Analyst at Moody’s in commentary provided to Retail TouchPoints. “When viewed in tandem with the recently-announced sale of a majority stake in Asda, is indicative of Walmart’s long-standing strategy of shifting resources into higher growth potential markets and segments when opportune.”

A weeks-long tug of war and speculation as to which U.S. retail giant would win out to acquire Indian e-Commerce company Flipkart appears to have been decided. Flipkart’s Board of Directors has reportedly approved Walmart’s $15 billion bid for a roughly 75% stake in the company, outdoing Amazon’s offer for a 60% stake.

The deal makes Walmart’s 2016 $3.3 billion acquisition of Jet.com look tiny in comparison, and it well may be the key Walmart needs to accelerate its Indian expansion. But Walmart is going to have its hands full if it wants to steer Flipkart in the right direction. Unlike Walmart, where revenues and profits have continued to increase, profitability has become more elusive for Flipkart. The company’s net losses increased by 68% in 2017, and its revenue growth rate dropped from 50% to 29%.

Walmart wouldn’t be the only party in the deal — Google parent Alphabet could take a minority stake in Flipkart valued at $1 billion to $2 billion.

The deal could see Flipkart Co-Founder and Executive Chairman Sachin Bansal exit the company, according to people close to the matter. Under the deal, SoftBank Group will sell the entire 20% stake it holds in Flipkart through an investment fund, less than a year after the Japanese conglomerate invested $2.5 billion in the e-Commerce giant. SoftBank reportedly was said to be in favor of the proposed Amazon deal.

Walmart clearly sees India as a valuable component of its global growth — so valuable that the retail giant was willing to sell its UK grocery subsidiary Asda to Sainsbury’s for approximately $4.1 billion. Walmart will still hold a 42% stake in the company, but this marks a retreat from the UK market in the face of fierce competition from Tesco, Morrisons, Aldi and Lidl.

India shows more potential for an online boom than the more mature UK market, with the average Indian online shopper spending only $113 in 2017 compared to a whopping $2,062 per person in the UK. E-Commerce retail in India is projected to rise from approximately $20 billion in 2017 to $35 billion by 2019, and perhaps reach as high as $73 billion by 2022, according to Forrester.

With Or Without Flipkart, Amazon Continues Indian Growth

Amazon already has a significant presence in India: the company pledged to invest $5 billion in Indian operations in 2014. The e-Commerce giant has surged up the ranks to become Flipkart’s chief competitor, claiming approximately 31.1% of Indian online market share compared to 36.9% for Flipkart (and its fashion unit Myntra).

In September 2017, Amazon bought a 5% stake in another Indian retailer, Shoppers Stop Ltd, with the company setting up experience centers in the retailer’s 80 brick-and-mortar stores. This gives Indian consumers an outlet to test out Amazon products that would otherwise only be available online. 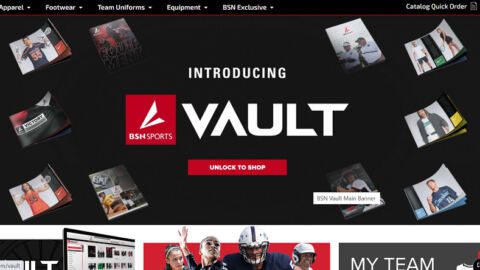