Exclusive Q&A: Why Women In Retail Struggle With Work-Life Balance 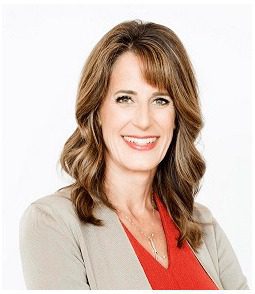 Work-life balance is top-of-mind for many people, whether they’re white- or blue-collar employees, males or females. For some — especially females — it’s a constant struggle. These issues have come into sharper focus recently, particularly around gender equality and sexual harassment in the workplace, as the #MeToo and Times Up movements continue to spread awareness about these concerns.

As a female entrepreneur, author, business coach and CEO of YESS!, a company that has designed and delivered dynamic, transformational programs for individuals and businesses, Sue Hawkes knows a thing or two about work-life balance and female-related concerns in the workplace.

Retail TouchPoints spoke to Hawkes to learn about the state of work-life balance in retail, the pressures women face today and how she trains businesses to maintain equality in the workplace.

RTP: What is the current state of work-life balance within the retail industry? Is it better or worse compared to other industries?

Sue Hawkes: In its own special way, it’s worse, just because the hours tend to be a little more chaotic. Retail doesn’t sleep and I think the advent of digital marketing and online shopping has only made it more extreme since it’s always on, and I think that’s tough. My brother, who also works with me, came out of retail and he said, “I have to get out of here. The hours are nuts.” I work a lot. But when you’re an entrepreneur, it’s more flexible; it’s your choice you’re doing it. Whereas I think with retail, it’s not. It’s “This is when customers would be here, and so we have to be open.”

I worked at Target headquarters when I was young, and I remember them saying, “Well, we have to work the day after Thanksgiving because our stores are open, and we have to be available until 10 PM.” This was back in the 1980s. You think about it and you go, “Wow, why does the corporate entity need to do that?,” but they felt very strongly that if the retail outlets were open, we needed to be accessible, and I think that still holds true.

RTP: Do you believe that women feel more pressure to achieve work-life balance compared to men? Does it seem to be a task or obligation that only women are faced with, and particularly working mothers?

Hawkes: Absolutely, 100%. This is going to sound archaic, but I’ve had this conversation many times with men and women. What the men will say is, “You know what, when I need time off, I take time off. I don’t have guilt over that.” I’ve never met a woman that says, “I need a day off. I’ve worked too hard.” It’s never occurred.

Most [women] say the only time they relax is if they’re away from home because their to-do list is too long. So even if you’re home, you’re trying to do the house projects and the things you couldn’t get to during the week. I just think men have been in the workforce a certain way. Men designed the game of business for men. I think that’s really normal and it’s a presupposition we forget.

With the advent of the 1960s when feminism first took over, women didn’t give up anything even though they added all these different choices around work, because we were excited about the opportunities, and being driven to work.

RTP: Why do you think it’s difficult for women to move away from that mindset?

Hawkes: I think a lot of the guilt is, “Well, I have these perceptions. I should be a great homemaker. I should look like a million bucks.” All the airbrushed images don’t help. I think we look up and we try and live up to some sort of ideal and I just don’t think men are faced with that on a regular, day-in-day-out basis.

[Women] don’t know how to choose and say, “I’m probably not going to have much of a social life at this phase in my life if I want to be that kind of mom, and I can’t compare myself to the stay-at-home moms or dads because they’re going to be making homemade treats, not stopping at the local donut shop to buy whatever for their kid’s class.” I think we get in confusing situations where we’re trying to compare to others rather than what really works in alliance with us, and how we want our lives and family lives to go. Again, there’s an internal feeling of balance, and then there’s external time management. People equate balance with the time management part, which is actually the easy part.

RTP: How do you train businesses to maintain equality in the workplace? What tips can you share?

Hawkes: [Businesses] have to think of people as humans [and not as specific genders or based on their marital status]. Much as that’s generic, I think that’s the case because, often, men get left out [of the equality conversation], and that’s changing. Paternity leave and things like that are starting to catch up. I also see people being taken for granted if they are single and without children. Oftentimes, I get questions from people saying, “Because I’m single, people assume I should work more because I don’t have school events and I don’t have these other things.” I will tell you, I’ve talked with people; it’s a real thing.

We just have to be better to say, “Here is the outcome we need. Do you have enough time to do that? If not, can you get other resources? Can you get help and support from other people? How do you more strategically go about it?” The advent of smart devices and all the accessibility we have to one another has really blurred when people work and how they work, in good ways.

RTP: It’s been a rollercoaster of a year for women, particularly around the current issues with sexual harassment and misconduct. How do you see this with regard to women and men in the workplace, and what do you think will be the longer-term impact of changes that are happening now?

Hawkes: I can tell you what I hope.

I hope that we are waking up to the fact that there are some things that are just not okay. There was a rambling dissertation [on Facebook] and I don’t remember who wrote it, but it discussed “what women should” — and it goes on and on about not showing cleavage, not wearing too short a skirt, and not doing this. And then it’s, “Oh, you shouldn’t wear sweats. You look old. You should color your hair.”

I think all of the sexual harassment stuff for some people is shocking and for the majority of us, we’re going, “Well, duh. Finally.”  There’s a level as a woman where you’re like, “Oh, please, this is just the way it’s done and it has been hell, but we’ve learned to navigate it.” There’s a level where you’re angry, and you’re outraged, and you’re frustrated, but then behind that, I think there are conversations that can be had that could change something. I hope to talk about it and move forward in a healthy way and correct it, rather than react to it. I think this first wave is the reaction to it.

My hope, and what I think the door is open for, is dialogue and learning, and bringing forth a different kind of awareness where it doesn’t have to be fought for as much as accepted and changed. I think that’s a long road away, but I think that’s the key to all of this. There are just too many hurdles in this. It’s not going to go away because we have a surge of people that are waking up and challenging it.

RTP: What advice do you have for young, aspiring female entrepreneurs or business leaders?

Hawkes: You can have it all, just not all at the same time. I think you have to do enough soul-searching and calibrating of your own life that as you add new things, whether that be a significant other, or a home, or travel, or a bigger career, or children, or whatever those milestones are throughout your life, that you consistently recalibrate your life — which I don’t think most of us do. When I say that, it means realigning what your priorities are right now, where your time should be spent to make yourself whole, and then everything else. Then say “yes” and “no” to things based on that.

RTP: Did you have any mentors that you looked up to during your career? Is there any particular person that stands out to you?

Hawkes: One would be my mom. I think she was a phenomenal example. I had another woman named Ruby who is still in my life in later years, and she basically was my professional groomer. My mom was the person who got me to create values and I think all good things of who I am. I think Ruby was the person who said, “Oh, you can’t dress like that. Here’s what women do in the workplace,” because my mom was not that person. Ruby helped me at makeup and image, and running meetings. I think it really helped me in my first iteration of being an entrepreneur and someone who presented concepts on stage. Then, later in life, I now have a woman named Rhoda Olsen who runs a billion-dollar-plus company called Great Clips. She really has been my CEO mentor and dear friend. She is someone who, in how she conducts herself, how she runs just a very multifaceted large company, I learned from her by watching, by sitting, by talking. Everything she does is what a real-time, big time CEO does.

Being mentored and mentoring someone else are things I advocate, because I think it’s always a reciprocal learning adventure. It’s not just they teach you, or you teach them. If it is, something’s wrong.

NRF 2023: How Target Makes its Culture of Inclusion Tangible