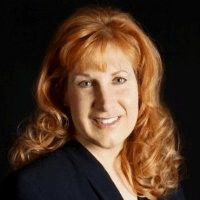 At the local supermarket, Amanda uses one of her two grocery loyalty keychain tags that she’s had forever. In the past week, she also stocked up at Trader Joe’s (with the highest grocery sales per square foot, sans program). On her way home from work yesterday, Amanda picked up several items including the new lunch salads at Cumberland Farms, after pumping gas.

She paid at all three places with her debit card (no loyalty program). The Father’s Day gift she bought with her linked points credit card on Amazon.com was shipped free because she’s a Prime member. The next day, on the way to pick up her daughter Briana at daycare, the McDonald’s drive-thru crew got her cash.

To whom is she loyal?  Does it matter?

According to McKinsey’s study of 55 major corporations, those with the highest focus on loyalty had the lowest increase in revenue. Turns out, people are most loyal to Bella, Buddy, Mittens and Max (ruff ruff).

So are loyalty program customers spending three times more than non-members?  Maybe in your store, but not because they’ve been programmed.  Even if they do, it doesn’t change their spend at your competitors. Metacom reports that 82% of people who join an apparel loyalty program spend the same or less after joining the program, and 87% of shoppers say they’d pick the same retailers if the program never existed.

Frequent shoppers might as well sign up to get your money for nothing — discounts, points (discount rewards), cash back (discounts), coupons (discounts), and the No. 1 way retailers intend to use mobile and beacons (more discounts). In cumulative programs, the majority of people who join are the ones who already shopped often enough to get the rewards, so they already spent three times more before they signed up. The difference is that now we’re giving the most frequent shoppers additional discount rewards on stuff they would have bought anyway. Just 22% of shoppers are responsible for 83% of all coupon redemptions.

The top driver of Millennials’ choice is “great products” or “innovative new products” and services, according to multiple studies. It’s change; not programs, price nor “convenience” (whatever that means). So how do you transform your margin-killing loyalty program cost center into an ever-changing hub that continually attracts traffic from a broader audience?  Easy. Change.

How can you continuously deliver newness and variety — like stalwarts Apple and H&M? Which people (not channels), products, partners and activities support your value proposition? Are you an agile, lean enterprise that can launch new software-based initiatives in weeks? How are you different? How can you create excitement and newsworthiness instead of feeding into the 85% of the socialized comments from Millennials on loyalty programs that is negative (Capgemini). It turns out loyalty doesn’t matter. It’s what’s new.

In short, retailers and banks need to get without the “program.”

Babs Ryan is a Global Strategic Product Innovation Consultant. She has multiple U.S. patent filings in loyalty, retail, financial services and gaming, and has traveled in more than 80 countries. In her role as Retail Principal at ThoughtWorks Retail, she oversees creating and delivering differentiating value propositions, products and services for brands, using agile, continuous delivery, and lean enterprise best practices for in-market releases in weeks.