How The Consumer Spending-Sentiment Gap Will Impact Holiday Retail 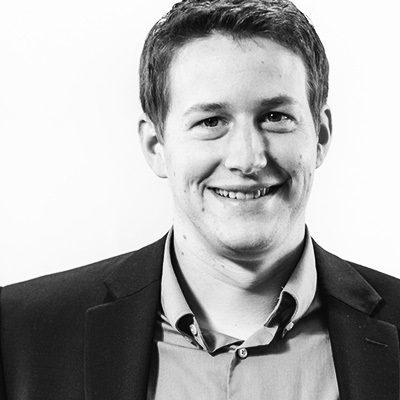 The holiday season delivers a hefty chunk of annual retail sales. With fall around the corner, many retailers are wondering how this holiday season will be affected by the pandemic. Conventional wisdom suggests a weakened season, but this recession is far from conventional. As we’ve seen, it’s more of a series of micro-recessions and micro-recoveries. Another peculiarity of this downturn is the discrepancy between consumer spending and consumer sentiment. Whether that discrepancy persists or shrinks away will wield considerable influence over this holiday season.

According to a recent study by JPMorgan Chase, people who have maintained employment through the pandemic have decreased their spending by 10%. That is fairly typical behavior during a recession, since market volatility and economic uncertainty normally amount to more conservative consumers.

Whether or not you think that’s the correct way to structure unemployment benefits, the fact is that this segment of the population has driven the bulk of the consumer spending rebound during the pandemic. With the majority of the one-off stimulus payments utilized for savings, retailers have grown dependent on those enhanced weekly benefits.

Consumer Confidence Is Down

Spending in July and August was strong, stronger year over year than last summer, but consumer confidence over that same period of time was low. It may seem counterintuitive, since the former normally follows the latter, but as we already know, the pandemic has created unique circumstances.

It appears that much of that was “catch-up spending.” The supply chain was seriously disrupted, causing extended delays, especially for big-ticket items like stoves, refrigerators or washing machines. As the economy opened up, and manufacturing and the supply chain somewhat recovered, we saw a lot of delayed purchases.

The question becomes how much of that spending is temporary and how much of it is related to changing behaviors, such as home improvement investments to accommodate long-term work-from-home situations. If that spending is not shored up by consumer confidence, we’ve historically seen spending in parallel scenarios taper off.

We’ve been tracking a potential midsummer inflection point around the lapsing of enhanced unemployment benefits. Though Congress has not yet agreed on an extension, the President signed an executive order, which will serve as a reduced, temporary measure. While this may be a bit of a stopgap, it also adds to already high levels of uncertainty, which will serve to deflate consumer confidence.

We would also be remiss not to mention the upcoming presidential election, which historically has sapped consumer confidence in the months leading up to voting. Add to that the pandemic, of course, and widespread social unrest, which ups the stakes for this election.

As I alluded to, this is a recession made up of micro-recessions and micro-recoveries, which can be segmented by geography and by industries. This downturn has altered consumer behaviors, which has forced some industries to reorganize. This has created winners and losers.

For example, consider how the restaurant industry flailed, with many shuttering while those that remain struggle at limited capacity. By contrast, grocery demand has skyrocketed, prompting grocery retail stores to restructure and find new opportunities, as with delivery and pickup.

Heading into the retail season, there will be some categories that plummet while others attract the majority of the spending. Some possible winners include home goods, electronics and physical goods.

What To Look For

Over the next few months, retailers should monitor consumer spending, consumer confidence and standout consumer segments. The linchpin could be what Congress does with extended benefits. If they restore the previous enhanced benefits, consumer spending will surely get a shot in the arm.

We would do well, however, to remember that any spending will be in the face of increased uncertainty. Normal elections cause uncertainty. This one is taking place smack-dab in the middle of a global pandemic that will force many voters to cast ballots in new and uncomfortable ways. Absentee ballots could delay the result, which would pile onto the uncertainty.

In other words, there could be some retail segments that perform well this holiday season, but temper your projections with some caution.

Andrew Duguay is Chief Economist at Prevedere, a predictive analytics company that provides business leaders with real-time insight into their company’s future performance. His commentary and expertise have been featured by NPR, Forbes, Reuters, CNBC and other publications.