Target, better known to its loyal followers as “Tar-zhay,” is focused on helping customers “find, learn and buy,” and has taken 2010 to remodel its strategy, stores and messaging. Target’s Senior Manager of Multi-Channel interactive experience, Chris Borek, broke down the methodologies behind some of the retailer’s most effective customer engagement campaigns at this week’s Customer Engagement Technology World Conference (formerly KioskCom) in New York City.

“We spent a considerable amount of capital remodeling by remodeling key portions of our floor plan,” Borek said. “In certain areas, such as shoes, electronics, phones, beauty and especially food, we were able to transform a lot of our existing stores.” The company underwent 341 store remodels and built 13 new stores, including its first Manhattan location at 116th an FDR. “More and more we are stepping away from cookie cutter image to really look at how we can modify each space to really engage our guests,” he said.

Get With the Times
As customers’ needs change, retailers have to adapt and nurture them, Borek said. Target’s “Sign of The Times” campaign did just that in 2000 — focusing on its bulls-eye logo to ramp up the “cool factor” and enhance the brand’s image. When the economy took a turn for the worse in 2009, Target adapted once again to nurture the cost-conscious consumer mindset.

The company began messaging fashion at a discount with its “Frugalista” campaign, which Borek explained as a convergence of the frugality of Target customers as they get more mindful of their spending, but still integrating that urge to be a fashionista — “cheap chic,” as he called it.

Now the company is focusing on its “Life’s a Moving Target” campaign, which offers vignettes that provide imagery of “life’s little problems” and how Target’s products can help. Borek said these spots emphasize the company’s ability to relate to the customer and her every day occurrences.

Do Digital
As consumers have more options for shopping now than ever, Borek said the traditional push messaging is a luxury retailers simply no longer have. “The consumer is getting picky and she’s choosing where she gets her messages,” he said. “She’s going into the store, on Target.com, other web sites, using an iPad, Facebook, Twitter and her mobile phone. We’re looking at all these different opportunities and really figuring out the priorities and engagement strategies within each.”

Target just launched its m-commerce program, which offers a weekly ad, ratings and reviews functions, the ability to purchase and redeem gift cards and manage registries, in addition to its innovative scan function that offers users more product information.

The company also launched a mobile coupon initiative in April, where customers opt-in by texting “COUPON” to Target. Users receive a barcode every month that has five different offerings redeemable at POS. Borek called it “Bring your own kiosk.”

Get Social & Share
After Target concluded its 2007 “Back to College” campaign on Facebook, the company knew it had to continue the coversation. The page recently reached 2 millions fans in September, and is well on its way to 3 million. Target uses the page to reiterate its philanthropic efforts, giving away $3 million every week to causes chosen by Facebook fans. “By engaging strategies like this, we’re able to increase the brand affinity with guests at Target,” Borek said. “Think of Facebook as a live focus group — it’s free research!

Focused on integrating store with social, in store customers can use photo kiosks to print photos from their Facebook pages. Target uses social channels to circulate product launches, like its exclusive line of ice cream with Ben & Jerry’s. In early summer, fans got the news complete with a coupon for free ice cream, an offering that could be circulated among the Facebook network.

Target’s Facebook page also has a “MyMerona” tab, which lets users browse the retailer’s fashion collections and piece together looks based on personal preferences. Looks can then be shared virally for friend feedback.

Empowering Customers at Every Touch Point
As a supplement to its mobile phone efforts, Target will launch its iPad app soon, giving users a new approach to the circular ad. Users can browse and drag items onto a digital list, which can then be uploaded onto the mobile device and purchased via m-commerce. “It’s enabling multiple devices to get information to customers to help them shop,” Borek said.

Borek said the company capitalizes on every opportunity to garner customer feedback. To help in store customers find what they need, while simultaneously freeing up team members’ time, Target implemented a “video game learning center,” a 40-inch screen with a direct connection to Target.com. The system is designed to provide shoppers with information on newly released games, best sellers, peer ratings and reviews, game rating and inventory counts.

Focused on giving customers easy rewards, Target just launched its REDcard in October, a loyalty program that simply enables customers to earn a 5% discount during each shopping trip.

“It’s really about staying true to your core,” Borek advised. “Leverage your partners and work together to engage your consumers.” 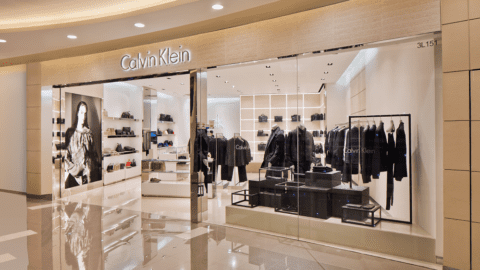