Shares of Bed Bath & Beyond Inc. tumbled after it was revealed that activist investor Ryan Cohen — who owns approximately 11.8% of the retailer through his firm RC Ventures — might be planning to sell his entire stake in the company.

Cohen — who is also the Chairman of GameStop and Founder of Chewy.com — first revealed his sizeable stake in the company in March 2022, when he sent a letter to then-CEO Mark Tritton expressing concern about the company’s performance and urging the sale of buybuy BABY, among other changes.

Cohen’s plans to sell his stake were revealed in an Aug. 17 SEC filing indicating that RC Ventures was considering selling all of its 9.45 million Bed Bath & Beyond shares.

Since Cohen’s letter in March, the retailer has replaced Tritton with a restructuring expert after a lackluster Q1 and has reportedly explored bids for buybuy BABY. However, that spinoff seems to be off the table now; in June the company unveiled a new cross-brand loyalty program, Welcome Rewards, which will allow shoppers to earn points across all three company brands, including buybuy BABY and Harmon.

Despite these efforts the retailer continues to be beset by negative headlines, including a recent Yahoo! Finance story titled 12 Photos Showing the Sad State of Bed Bath & Beyond. The company also nixed one of its private labels, Wild Sage, earlier this month, a worrisome sign since owned brands were a key component of Tritton’s turnaround strategy. Q2 earnings won’t be revealed until late September, but with back-to-school sales expected to be sluggish this year, the outlook isn’t rosy.

“We continue to work with a sense of urgency on these [transformation] efforts and we are very focused on finding the best opportunities available to maximize value for all stakeholders,” said interim CEO Sue Gove on the company’s Q1 earnings call. “I am optimistic about the future of the company and its continued progress, and I am confident in our ability to drive improvements in 2022 and beyond.”

A recent burst of meme stock activity — of which Bed Bath & Beyond was a primary beneficiary — has buoyed these efforts, with BBBY share prices shooting up in August and outpacing the broader market — that is, until today’s drop. 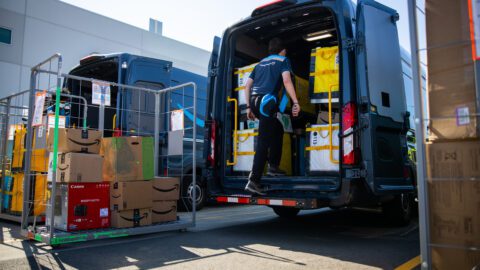