Entering the back half of July, many retailers have shifted their back-to-school strategies into high gear, hoping to drive young shoppers and their parents into stores. Consumers are expected to spend an average of $590 on products during the 2008 back-to-school season, according to a survey conducted by New York-based Brand Keys.

Retailers are getting crafty with their promotions —some are integrating music and pop culture into their marketing messaging, while others are maximizing their already thriving labels. Retail TouchPoints polled several industry analysts and asked them to weigh in on which promotional strategies make the grade:

“We spent a lot of time interacting with our customers,” says Sara Tervo, spokesperson for Victoria’s Secret Pink. “We definitely saw an opportunity with the Collegiate Collection.”

To pump up publicity, Victoria’s Secret introduced the Collegiate College across all channels— online, through its catalog, and in-store. “All of our marketing vehicles were set to support the launch of this strategy,” says Tervo.

The Collegiate Collection is taking it to the streets for promotion with a campus tour program, which will stop at 15 of the 33 participating universities during the fall quarter. Tervo says the company intends to make it to every university in time. Paid brand ambassadors (female students with a vast network and campus involvement) will drive the company’s philanthropic effort, “Recycle Your Sweats,” during which students will donate gently used fleece items to send to a woman’s organization that supports victims of domestic violence. “It’s about the community, these college students, and philanthropy,” says Tervo. “The tour will reinforce these concepts.”

The company threw a back to school event yesterday hoping to attract as many 15,000 people to Pinkapalooza, held at the Santa Monica Pier. The event featured games of ski ball, pop up shot, and a water balloon toss between rivals USC and UCLA. The universities competed for the ultimate tailgate party before the December 6 football game at which the two teams face off at the Rose Bowl. In addition, Fall Out Boy gave a concert performance. “We try to create events that are super exciting, a big draw, and relevant,” says Tervo. “There’s something really fun about rivalry and school spirit,” she says.

“Victoria’s Secret paying to prime the pump is very smart,” says Bob Phibbs of The Retail Doctor. “Now will we see the same attention in their stores?”

But celebrity endorsements alone are not enough, one expert notes. “With the explosion of celebrities licensing their names, it is important to not just have a pretty picture in a magazine, but see the outfit on the backs of employees…people buy more when they see it on,” says Phibbs.

Kohl’s will run 30- and 60-second televisions spots on broadcast network television and MTV cable network. “The ‘Inspired’ campaign is an idea that taps into the dynamic convergence between fashion, music, and culture,” said Julie Gardner, executive vice president and chief marketing officer for Kohl’s Department Stores, in a recent press announcement.

In another celebrity-oriented campaign, snowboard and skateboard prodigy Shaun White has partnered with Target Corp. The promotion is centered on the introduction of a limited-time-only line of clothes targeted for the summer Olympics and back-to-school seasons. White and his brother Jesse set off “to reflect their love for skateboarding, music, art, and travel,” according to a recent press announcement.

JCPenney recently announced the launch of six young adult-focused brands, including Dorm Life—a home goods range for college students—and Fabulosity, a hip-hop inspired girl’s line designed by Baby Phat director Kimora Lee Simmons. The company is kicking off its back-to-school effort with online games, text messaging components, and TV spots. The initiative will kick off July 18, playing up the retailer’s lifestyle brands with a theme similar to the 1980s movie “The Breakfast Club.”

Sears is attempting to reach its teens and tweens where they are most—the online world. The company is teaming with Facebook, MySpace, Seventeen, CosmoGirl, Nickelodeon, and Disney, which are creating custom content and sponsorships for the retailer. Addicting Games, FunBrain, and Neopets have developed games exclusive to Sears. These efforts are to drive customer to Sears’ “Arrive Lounge,” an integral element of the “Don’t just go back. Arrive” theme for the back-to-school season.

“Many of the core items such as binders, writing instruments, and backpacks have been designed to evoke a cutting edge feeling,” adds Doron Levy, President of Captus Business Consulting. “If executed well at the store level, this back-to-school season should be successful…Even dollar stores are taking things upscale. Name brands and higher quality products with better packaging are now appearing on dollar store shelves.”

Innovate to outshine
While many retailers are using celebrity status to push sales, some experts still say the economic downturn and high gas prices will prevent the back-to-school season from being optimal for retailers. “For the consumer, the traditional three Rs are now ‘retailer,’ ‘rates,’ and ‘requirements,’” notes Robert Passikoff, president of Brand Keys. “Which retailer is going to offer the best prices for things they need most is how consumers are entering the back-to-school marketplace.”

Lilien adds that federal intervention may further cut into back back-to-school sales this season. The Federal College Cost Reduction and Access Act of 9/27/2007, which limits college loans acquisition, could severely impact students’ spending habits. “Sale pricing will be the number-one rule, with very few exceptions,” he says. 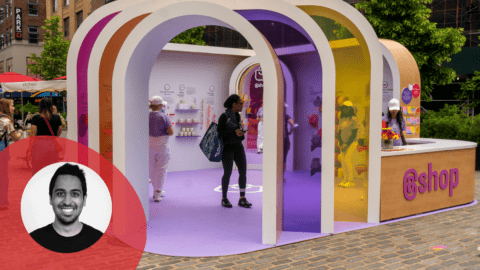 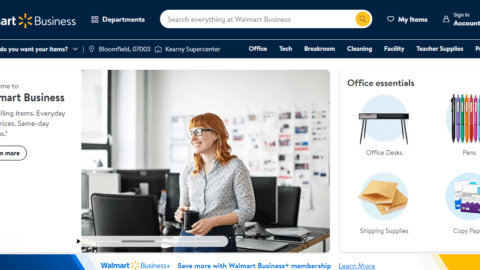