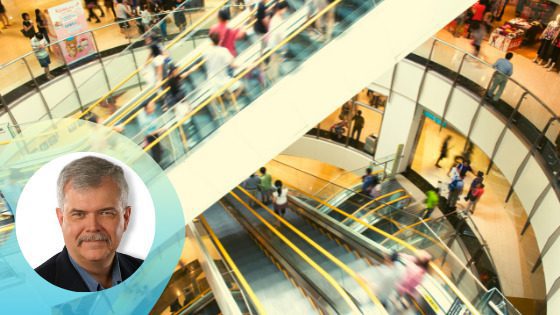 Arguably, no event has disrupted the context of our everyday lives than COVID-19, and while easing regulations have inspired U.S. consumers to return to some version of normalcy, global sentiment is still mixed, according to Kantar’s Wave 9 survey of more than 10,000 people across 20 countries.

Up to 70% of people still agree that the coronavirus situation concerns them “hugely,” a slight drop from 79% in April 2020. However, these figures are largely influenced by vaccine availability: in countries where the vaccination rate is more than 30% — defined as “leading countries” — only 57% say they’re still very concerned, compared to 80% of people in countries where the case rate is not declining.

61% of individuals in “leading” countries support following the rules until the end of significant risk. In “lagging” countries, 55% are content to continue adhering to rules, while 35% are not.

Anxiety rates undoubtedly influence consumer behaviors, especially shoppers’ willingness to return to large physical spaces such as malls. Approximately one in three people are now comfortable resuming going to the office, to the hairdresser, sending children to school, non-food shopping, going to bars/restaurants and traveling within their own country.

In an exclusive interview with Retail TouchPoints, Dave Marcotte, SVP of the Americas for Kantar Consulting, shared his take on the research results as well as what retailers need to do to guide their future strategies and investments. Read on to learn:

Retail TouchPoints (RTP): Kantar’s survey revealed that online shopping is the number-one increased behavior worldwide. Half of the respondents said they found new online stores and will continue to use them moving forward, while nearly as many (49%) said they tried different brands and will continue to buy them. What is the long-term impact of these behavior changes? Do you believe this growth will be sustained, especially given that so many people are craving “real” shopping experiences?

Dave Marcotte: Online has shifted from the only means of shopping to one of many. While highly variable by country, overall there is a broader awareness and a positive sense of shopping online in general, regardless of economic group. However, these positive attitudes are dependent on factors like physical alternatives, costs and a dependable means of payment, along with credit terms. When all of these come together, even relatively low-income shoppers will shop online. This is a key part of the success for major Latin American and Asian ecommerce groups. When just one is missing, then failure is often the result.

RTP: Online grocery shopping also has seen a surge during the pandemic, likely due to necessity, but consumers predict they will continue with these behaviors. Do you agree?

Marcotte: Grocery is far more price-sensitive for shoppers and, in most parts of the world, it’s not a physical issue to get access to a store post-COVID. In developed countries, the major issue is less proximity and more about the routines of school hours, business commutes and activities. As these patterns return, it will be harder to grow online grocery beyond pandemic levels. In most countries, being able to call in, order and get it delivered was well-established for higher incomes before the pandemic — online just replaced the phone.

RTP: 47% of respondents said they avoid superstores and big malls, a 13% drop from Kantar’s Wave 3 research. As consumers clamor for the personal interaction that comes with shopping in-store, do you believe we’ll see a resurgence in shopping mall traffic?

Marcotte: In most markets, shopping centers continue to have growth, especially where income is expanding and where there have been shifts in housing, such as from the countryside to the city or the city to the suburbs. The only reason traffic fell was because of pandemic concerns and recovery, along with new commercial real estate construction, is already underway.

However, in the U.S., Canadian and Western European markets, there was a considerable strain prior to COVID from decreases in shopper traffic and anchor store closings, resulting in the acceleration of store vacancies in Q2 2020, which has not been reversed. It is critical in these markets that large centers find new energy to draw new tenants in, beyond just retail and food courts, such as integrated entertainment centers and live event spaces. So far, sanitation and even the installation of new air-circulation technology to cleanse the air of aerosols have been less effective than hoped.

Superstores present a very different issue than commercial shopping areas. In markets where they were considered critical during the pandemic, they did quite well, especially if they were omnichannel-enabled. But in all markets, there was a slowing of growth in this channel and, in many cases, reversals due to competing new formats such as Atacadão’s hybrid cash-and-carry club warehouses and large Asian-style discount stores. With supply chain congestion and major shortages of key product ingredients a global concern, superstores can counter by being the one store most likely in stock with hard-to-find items.

RTP: As consumers venture out to stores, what can retailers do to revitalize their store experiences?

Marcotte: For all retailers, 2020 and 2021 was a time for creating or improving online access and fulfillment for shoppers impacted by COVID. As lockdowns and isolation have eased, there is a two-year gap in remodels and improvements to in-store, not to mention new store growth. At the very least, for all retailers it will be important to pay attention to making a store “fresh” and engaging with new shopping patterns, departments and in-aisle use of digital technology, such as programmed and responsive LED moldings and fixtures.

The challenge for all of them is that the store experience is dependent on trained and motivated store employees, who are in short supply. Additionally, there are real difficulties in getting building materials, such as surface materials and digital technology, to renew stores.

RTP: Although fewer consumers said they’re avoiding larger retail destinations, your research indicates that more consumers are prioritizing local products and businesses. With 64% of your respondents saying local stores are important for their communities, how can small and local businesses capitalize on this clear opportunity?

Marcotte: “Voting with your money” was clearly an outcome of the tensions of the pandemic, not least a civic sense of supporting or protecting local business under stress. At the same time, those same pressures forced all retailers to make a far greater investment, not just in digital tools but in new marketing, third-party engagement and processes associated with them. This was true in very low-income groups, as well as the middle class, in all markets.

What is starting now is a reassessment of the longer-term ROI of digital to keep this marketing advantage, such as the costs of third-party fulfillment versus in-store pickup or pre-ordering. What is still waiting to occur is a shifting of messaging to the community that their loyalty is prized and has long-term value to shopper needs. This will be critical.

RTP: Social networks surged during the pandemic, but Kantar saw Zoom enter the list of top five social networks based on net usage. Are there any opportunities for retailers to embrace this app as part of their digital strategy?

Marcotte: Zoom’s success is in part being at the right place, at the most critical time, for a large number of non-business groups. Video chat has been available for 20 years, but the initial stress of the early pandemic period made the service suddenly critical to managing lockdowns and separations. But its greater success came from keeping things simple and avoiding connecting the app to a greater ecosystem. Google, Microsoft and Apple all have quality video options, but they force the user to integrate to most, if not all, of their surrounding apps and services. Maybe this approach is suitable for businesses, but clearly not for the majority of casual users.

Any digital strategy that incorporates Zoom has to fully respect the level of simplicity that makes the app so attractive to users. What appears to work so far has been the very light-hearted additions. A good example was zoos “renting out” animals to enliven zoom calls, both for initial success and for the quick fade as we move past novelty. Making interesting background skins available for consumers to download and use may be another tactic to consider. But classic sponsorship, commercial and banners are non-starters unless they achieve some light comedy or entertainment.

RTP: Based on the research, what is one key takeaway or recommendation you think is important to spotlight?

Marcotte: Create new shoppers. The most important aspect that retailers should be seizing on is that this is a highly dynamic period of transition for all populations. Shopper patterns and needs are still being “firmed up.” This provides an ideal moment to create new shopper groups via not only marketing and merchandising but also flexible rewards, predictable in-stock positions, in-store experience and integration to omnichannel expectations — and to do so with the full realization that [retailers] will have to reassess and renew product, services and employee facilitation as they continue to change.