The Strategic Risk Of E-Commerce Fraud 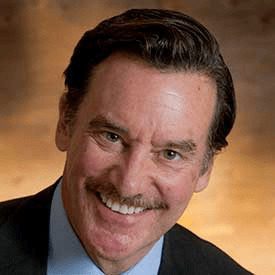 As e-Commerce channels account for an ever-increasing share of consumer and business spending, payment fraud grows virtually in lockstep — and poses an ever-higher performance risk to its enterprise victims.

Total payment card fraud volume worldwide rose 19% from 2015 to 2016, according to The Nilsen Report, a trade newsletter covering the card and mobile payment industries. That outpaced the 15% gain in card transaction volume. The problem was particularly bad in the U.S., where 12.75 cents of every $100 in transaction volume was fraudulent last year, compared with 3.73 cents for all other regions of the world combined.

The cost of fighting fraud — and the penalties for failure — can be so substantial that they represent a performance risk to merchants, especially those that derive most of their sales online.

In a recent survey of 155 senior finance executives by CFO Research in collaboration with Vesta, more than four in 10 respondents — 43% — say the risk of fraud has interfered with their organizations’ efforts to develop new products or services or caused them to make changes to their business models. That number swells to 53% for companies that derive more than 90% of their revenue from e-Commerce. For those that use only internal resources to detect and assess fraud rather than enlisting the aid of a third-party fraud prevention solution, the figure jumps to 55%.

The risks associated with fraud also can impact a business’s ability to plan and grow. Because there is no way to forecast the number of chargebacks from payments processed, executives have found that they can’t accurately forecast their financials. Four in 10 survey respondents say the risk of fraud has interfered with their budget allocations or revenue projections. For companies that derive more than 90% of their revenue from e-Commerce, that figure jumps to 49%, and for those that use only internal resources to detect and assess fraud, the percentage climbs to 52%.

Risks To Reputation And Customer Loyalty

Payment fraud also impacts both customer loyalty and the reputation of merchants. Customers who see fraudulent charges on their monthly statements may blame the merchant and frequently become frustrated by the need to dispute the charges. This can lead many to become wary of doing additional business with the retailer that processed the payment. In addition to losing a legitimate sale, merchants risk souring their reputation and potential long- term relationship — and additional revenue — with customers.

Where Costs Are Accruing

The hard costs associated with rising levels of fraud include not only the cost of goods sold, but also shipping costs and administrative costs associated with processing chargebacks. In addition, some merchants can find themselves paying penalties from card associations such as Visa and MasterCard if their chargebacks exceed a predetermined threshold. Retailers also can be hit with additional processing fees from banks that issue cards.

Beyond these hard costs, merchants also lose when legitimate transactions are declined due to suspected payment card fraud. Javelin Strategy and Research estimates that these false positives account for three out of every 10 declined transactions, and they can directly harm retailers by robbing them of revenue they otherwise might have booked in addition to potential long-term damage.

The news that online fraud is growing as e-Commerce increases isn’t particularly surprising. What may be surprising to some is that the debut of EMV chip cards, marketed as a fraud-fighting tool by the card associations, appears to be exacerbating the incidence of online payment fraud. While 71% of survey respondents say payment fraud generally has decreased substantially at the point-of-sale (POS) since the introduction of chip cards in the U.S. in 2015, 62% say both the number and dollar amount of credit card chargebacks has increased.

Payment fraud, even after the debut of EMV chip cards, continues to present new challenges to retailers, and continues to burden them with substantial costs and risks. The impact extends well beyond hard costs, often damaging brand equity and creating strategic challenges for executives seeking to develop new products, services and business models to increase their competitive edge.