The Great Disconnect Between IT And Loss Prevention In Retail 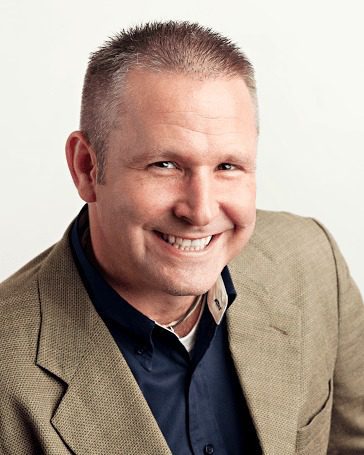 One of the biggest and most costly problems for today’s retailers is shrink, or the loss of saleable goods. In the U.S., increases in employee fraud, shoplifting and administrative errors cost the industry $42 billion in 2013. Yet, as dire as the problem appears, a recent study from global research and advisory firm IHL Group found that a miniscule 6% of annual IT budgets are actually tasked toward loss prevention (LP) technologies and initiatives. (Disclosure: my company, Axis Communications, worked with IHL Group to commission this survey.)

So, what’s the hang up? One issue lies in a clear disconnect between retailers’ IT and LP departments, particularly when it comes to the following areas:

The IHL Group’s research showed that retailers spend a lot of money and effort on EMV compliance, payment card industry (PCI) and data breach protection. While each of these is important, this prioritization drains resources for other LP efforts, specifically in IT.

For example, when assigning weight to IT and LP initiatives, PCI and data breach protection take 35% of the overall IT focus, while only 26% of LP initiatives are similarly focused, with LP giving preference to traditional LP functions such as employee and consumer theft. At odds with both IT and LP, other organizational business units (such as finance) see PCI and data breach protection as 54% of their focus — likely linked to recent, high-visibility data breaches in the public sphere.

While the over-communication of PCI and data breach threats may drive disproportionate focus from IT and other business units, LP focuses on the less sexy but still critical larger issues, like organized retail crime, employee and consumer theft and even slip and fall prevention.

According to the IHL study, 86% of respondents will use video to head off employee theft and 77% will use it to nab consumer thieves in the act, showcasing video’s continued value as a critical security asset. However, catching thieves red-handed isn’t the only use for video. While CCTV cameras were once solely in the domain of LP, as their functionality has increased so have the number of interested stakeholders in IT and other business units like operations, merchandising and marketing.

Unsurprisingly, this influx of stakeholders has brought with it noticeable friction between LP and IT, as the groups struggle to find common ground regarding precisely when, where and how surveillance technology should be used. Case in point: according to the IHL survey, while 90% of LP respondents said that CCTV should be prioritized to mitigate consumer theft in stores, only 79% of IT professionals and 57% of other business units agreed.

Likewise, just 56% of IT and 57% of other business units said cashier monitoring was a CCTV priority, compared to 100% of LP respondents. While the data does suggest that retailers are planning to further leverage the benefits of surveillance by implementing smart software and analytics, in the near term it appears that for the moment, CCTV camera use is slated to remain the purview of traditional LP functions.

A large part of this disconnect is a misunderstanding of who the LP person really is from a business and human perspective. Unlike a more tactical security person, whose job is laser-focused on putting the tools in place and stopping the thieves, Loss Prevention is almost entirely about strategic planning and forethought. Therefore, unlike their more tactically focused counterparts, LP professionals tend to be strategic thinkers and welcome the opportunity to engage with other business units, such as the IT teams (“we have to protect that which also has to be readily available and easily accessible”).

Historically, there has been little reason for IT and LP — two very separate departments with separate needs, programs and technologies — to communicate or seek collaboration when implementing protocols to deal with loss prevention. However, as the lines between IT and LP increasingly begin to blur, the silo approach is becoming a costly one, with each unit holding information that could benefit the other.

For example, 86% of the IHL survey respondents say they use CCTV technology to mitigate merchandise theft, with 64% turning more toward IP-enabled networks. Those infrastructures typically are managed from soup to nuts by IT, yet they clearly now contain insights critical for LP.

As IP video adoption continues to grow at an accelerating pace, IT and LP teams will need to collaborate more than ever to not only deter shoplifting, but also drive marketing decisions and enhance the customer experience. IP Addressable cameras bring a tremendous opportunity for retailers to leverage — particularly for their profit centers. For example, the technology associated with IP-enabled cameras — higher image resolution, open technology and interoperability — can help retailers greatly reduce the occurrences that most likely lead to shrink, including employee theft in-store, consumer theft and cashier monitoring. Here’s how:

As retailers look at the future of cameras in their operations, managing content, analytics and decisions on what to share with whom (internal and suppliers) all become critical components of the overall collaboration strategy between LP and IT.

Regardless of where budgets ultimately are spent, the bottom line remains the same for both IT and LP — boosting overall operational revenue for both organizations is in the interest of the business as a whole. And the best way to achieve this common goal is to stop unnecessary shrink from happening, through open collaboration on IP-enabled technologies and clear communication regarding each department’s role in safeguarding the cash flow.

Hedgie Bartol serves as a business development manager for the retail segment in North America at Axis Communications, working closely with partners and retailers on strategic surveillance installations designed to maximize loss prevention and streamline business operations. He joined the company in July 2011 after years of being an avid Axis advocate and industry pundit while in sales and business development roles at Milestone Systems and Diebold. He brings more than 15 years of expertise serving the retail loss prevention industry, with expertise in different retail-specific solutions including access control, identity management and fraud prevention technologies, systems integration, video management software and network camera technologies.