The Future Of The Instant Gratification Economy 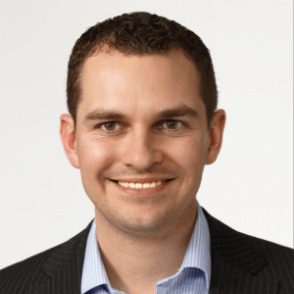 It’s never been easier to catch a cab than it is today, thanks in large part to Uber. Now, instead of running around looking for taxis with their lights on, we can turn to our smartphones, punch in our addresses, and go. This convenience has given way to an entire movement of instant gratification and as consumers, we’ve grown used to it. The process has become so seamless that we often forget a key piece that’s conspicuously missing — the actual payment.

Turns out, though, that this instant gratification movement was just the beginning. As consumers began to expect and understand the benefits of instantly hailing a cab, commerce as a whole has taken note — taking the values of automated payments, credit cards on file, and app-based shopping and expanding them tenfold.

Soon, instead of the novelty of person-to-person payments or hidden purchasing power, we’ll see a rising tide of futuristic, bleeding-edge technology that will shape the way consumers and brands interact in the years to come. Uber changed retail once — now, with these new rules of commerce in place, more and more companies are leaning into the full experience demanded of them and producing a future that looks entirely different from today. Whether that’s small purchases or large, here’s what we’re seeing on the horizon — and what companies can do to be part of the movement.

The Rise of the Unconscious Purchase

The significance behind instant gratification is obvious — it’s instant, painless, and you don’t have to think much about it. Grabbing an Uber or “Venmo-ing” a friend is as easy as checking your email. While consumers do still have to actively open an app and request an action, it feels almost unconscious, like you could do it in your sleep. And that’s what a consumer wants in a quick, dispensable purchase — something they don’t have to think about.

Amazon’s Dash Buttons are a great example of this. These wifi-connected devices store and remember your favorite products, so you can easily re-order them with just one click while you browse online, watch Netflix, or are in a meeting. This innovation by Amazon takes the instant gratification concept and removes nearly all hassle from the process by remembering favorite products and storing them for easy replenishing. The physical buttons can be placed around your home or office, and you simply press the corresponding button to re-order your monthly supply of detergent or Gatorade or paper towels.

While a step closer to an entirely unconscious purchase, Amazon Dash still requires consumers to actually remember when they are out of necessary products or plan for upcoming events. There is still some thought process there.

Enter the bleeding edge of instant gratification: the smart fridge. Imagine a future where you don’t even have to decide to push the Amazon Dash button (or make a grocery list, no less) — because the products you’re almost out of have already been ordered, shipped, and have arrived on your doorstep before you even realized they needed to be replaced. This future isn’t actually as far off from the Jetsons as you might think.

New technology from Amazon Go is using sensors and real-time image processing and recognition to build a smart supermarket experience — where customers can walk in, pick up what they need, and leave sans actively paying. With Amazon’s advanced visual imaging technology, the company knows who you are and that you purchased a $2.99 bottle of organic milk before you have even left the store. The same could go for a smart fridge. With cameras distributed throughout, the fridge can recognize products as they’re put in and take note of how long their shelf life is, and can thus re-order them before you can even think about it. That’s a true unconscious purchase.

Closing the Deal on Big Purchases

While Uber and the instant gratification economy have both led to major shifts in how consumers make decisions about small, consumable purchases, it’s unlikely that large and thoughtful economic decisions can be automated. Buying a new TV or car takes a lot more thought than simply approving a grocery list via push notification — the majority of the time, consumers undertake research and test products in the “wild” before committing a chunk of their paycheck to one purchase.

But that doesn’t mean that these retailers can’t use technology, innovation, and a consumer-first mindset to close the deal. What’s most important for these kind of consumers is to establish a use case for the product — whether that’s in their home, in their garage, or outside. We’re beginning to see brands harness virtual and augmented reality technology to test products from their own homes, where they can  test drive a car, sit on a couch, or ride a mountain bike before committing to a purchase. Even clothing stores are introducing connected dressing rooms, where customers can test outfits based on certain times of day, occasions, and festivities.

The point is — the instant gratification movement taught retailers how to innovate with customer convenience top of mind, and purchases both large and small should fit that bill. As we move toward an economy with more choices, free shipping, and great products, the differentiator will be how your retail model supports your customers.

Just think, a few years ago, we were still flagging down cabs on the street and crossing our fingers that we had enough cash to pay the meter. But we’ve come incredibly far since then — and have further even to go. In the next five years, we might see in-store lines reduced to a simple swipe of a smartphone or even using location technology to automatically pay. Perhaps we’ll get smarter about how we identify what consumers are shopping for each trip to the store. Technology is capable of changing so much — and as this new reality takes shape, the companies that survive will no doubt be those with an eye on the horizon and an openness to evolution.