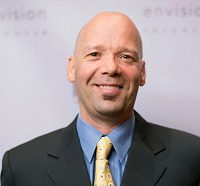 The coming year is primed to be unlike any other for retailers selling “As Seen on TV” (ASONTV) products. According to a recent study, top ASONTV companies increased their year-over-year TV media buys by nearly 400% during the COVID-19 quarantine from March through early May. ASONTV companies continued to break advertising records throughout the remainder of 2020.

There is an old axiom in the ASONTV industry that for every product purchased via 1-800, another 10 are sold in retail. Given unprecedented levels of ASONTV spend in 2020, there will be a significant pent-up consumer demand for these extensively advertised products.

ASONTV companies have been able to purchase a substantial amount of TV time throughout the COVID-19 pandemic because traditional TV advertisers have been spending so little, which caused advertising rates to plummet. Lower rates, however, are only part of the story. Consumers quarantined in their homes have been watching more television than ever before.

Low rates and high television viewership bode well for ASONTV companies that use 1-800 numbers to measure consumer response and sales. Unlike traditional TV advertisers, concerned that their TV advertising would be less effective during one of the toughest economic climates in our lifetime, ASONTV advertisers could accurately measure in real time whether or not their TV ads were working based on how many consumers were calling in to order. ASONTV advertisers were some of the first advertisers to realize that consumers were still responding and buying from their homes, and that TV viewership and rates had reached optimum levels for success.

The number of consumers ordering from TV directly impacts how much media marketers can afford, which is unlike traditional advertising that is based on budgets as opposed to results. It is important for retailers to track ASONTV spending accurately because it represents the true popularity of products and correlates with eventual in-store sales. The more the ASONTV marketer spends, the higher the eventual retail sales should be.

As a result, ASONTV marketers promote their spending data to retailers. These data may appear to have credibility if they come from a third-party monitoring service, but research companies make common mistakes that often result in reporting unreliable data. Some unscrupulous marketers have also found ways to trick research companies into reporting spend levels that are hundreds of times greater than reality. It’s to the point where consumers in the top 100 TV markets, which generate the vast majority of retail store sales, are not being reached by some so-called “As Seen on TV” campaigns.

The second type of ad break is less understood: digital program insertion (DPI) ad breaks, which are sold at a significant discount, often 90% less than the cost of a national ad break. DPI breaks are understandably popular with ASONTV campaigns, but they are deeply discounted for good reason: They typically reach less than 10% of national viewers and are often only seen in small rural markets.

While it may seem unfathomable, most TV research companies don’t differentiate between these two types of ad breaks. They report DPI airings as regular national airings and, in so doing, inflate their value by a factor of 10. Of course, it is impossible to get a fair understanding of how much was spent to promote a certain ASONTV product in the top 100 TV markets if a TV research provider is treating all national cable airings equally, without distinguishing break type.

Again, those top markets are critical because nearly 90% of TV households reside in these markets. While the absence of break-type data is a telltale sign of poor data quality, for which retailers can be on the lookout, there are other, less obvious pitfalls that retailers should be aware of to avoid being misled. A white paper on this topic is available for those retail buyers who are attempting to increase their success in ASONTV sales.

Those who understand the ASONTV industry shouldn’t be surprised by the current trajectory. The ASONTV industry is often countercyclical, performing best when the economy is down and/or media rates are disrupted. That said, 2021 should be the perfect time for retailers to capitalize on the historic spending levels of ASONTV campaigns, especially as TV media continues to be negatively impacted well into 2021.

When retail buyers have accurate TV spending data, spending levels and retail sales should correlate. Unfortunately, most do not have reliable data. As a result, retailers can easily become more successful in this category by choosing a TV data partner that provides them with accurate information.

Joseph Gray, CEO of DRMetrix, has more than 30 years’ experience in television advertising. In 1989, he founded REVShare, which grew into television’s largest cost-per-action advertising network. In 2012, he created DRMetrix to provide much-needed insights and competitive data to the direct-to-consumer television industry. In 2015, DRMetrix introduced its weekly ASONTV Spend Index™ reporting to domestic retailers.