Key Factors That Will Make Or Break RFID Retail Deployments 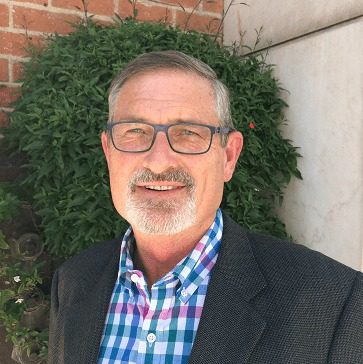 Having helped retail and other organizations with RFID implementations over the years, I’ve noticed a change in the preliminary questions being asked about the technology. Rather than asking if RFID really works, they want to know how they can fast track implementations, because they realize that RFID will make them more competitive.

The business case and demonstrated value of RFID is well documented, however, achieving those benefits is where the challenge lays. Here are six factors that, if addressed properly, will enable retail organizations to get their RFID implementations live and realize ROI more quickly.

Factor 1: Get stakeholders, especially end users, involved early. One of the challenges of successful RFID deployments is that this is a cross-functional technology and solution. RFID improves current processes as well as enables new business processes. At the very minimum, RFID solutions involve operations, supply chain, IT and finance.

However, while executive involvement upfront is crucial to decision making, it’s the users that make or break RFID projects. That’s because no matter how much deliberation there is in the conference room, if RFID doesn’t make users’ lives better, they won’t adopt the new solution and process, thus putting the project at risk of failure. The tendency is for the implementations team to focus on software requirements, integration issues, etc.; meanwhile, I often see change management overlooked.

To address this, I like to interview end users early in the project, providing written questions in advance, to find out the challenges they face on a daily basis. Doing so gives them the opportunity to consider their answers and offer meaningful examples when we meet. This process also demonstrates that someone cares about their perspectives and is trying to make their lives easier.

I recall a retail project in which we hadn’t communicated enough with users early on and then told store managers that they would be responsible for doing daily cycle counts, which might take an extra 45 minutes per day. We received serious pushback from them until we spent time reviewing the benefits of them knowing exactly what merchandise they had available in their stores at any given time. In the end, we earned their buy-in, but I realized the importance of engaging end users early.

Factor 2: Define a few outcomes. One of the biggest mistakes retailers do is to try to tackle every business issue at once. Don’t try to boil the ocean, that’s a recipe for trouble. Instead, focus on improving a few critical areas, especially where they are aligned with KPIs, are “low hanging fruit” and can demonstrate a strong ROI. Then proceed with more.

Research from the RFID Lab at Auburn University clearly documents that the deployment of RFID retail applications increases inventory accuracy from 65% to 99%, brings out-of-shelf to a minimum, increases sales by 6% and more, and reduces inventory carrying costs by up to 40%. Those are four industry KPIs you can benchmark for your own internal project. Better yet, I would recommend focusing on inventory accuracy and out-of-shelf because you can measure them day one!

Most importantly is reaching internal consensus on specific processes to address. I’ve participated in implementations where the metric for an outcome has been forgotten because players changed. In other cases, because there wasn’t initial consensus on the metrics, it was impossible to measure gains. Are out-of-shelves currently at 13% or 6%? Unfortunately, without consensus upfront and throughout the implementation, an outcome of 6% either demonstrates a huge improvement or none at all.

Factor 3: Bound the pilot scope and time. What problems are you trying to solve — and have you solved them? It’s easy to get sidetracked with many component parts, constituents, vendors, etc. So establish a formal project governance group and mechanism to solve project problems and remove any roadblocks. This group should be realistic in terms of ensuring that work is completed in a reasonable time frame. In general, the more focused and smaller the initial project, the better. Try to avoid planning projects that go on for the better part of a year or longer. By the time you design, deploy and measure everything, your implementation team will be exhausted. Instead, favor those that can show results quickly. Combined with a project governance group that can untangle issues quickly, this approach better ensures success.

Factor 4. Put boots on the ground. In some of my experiences, RFID partners are only on site for a few initial days and in others they have been embedded for the better part of the first month. Experience has shown that the latter have been far more successful. Having a dedicated, on-site team has proven to shorten the duration of implementations by reducing confusion and keeping the implementation team focused. Conference calls and screen sessions can fill gaps but can’t replace face-to-face interactions where participants complete designs, define integration points, revise implementation plans, etc. In addition, having that outside person in person builds relationships and trust with team members, which may be key to a project’s success.

Factor 5. Communicate milestones and deliverables. Ensure that everyone involved in the project — from hardware and software vendors, to IT, loss prevention, finance, etc. — all have a clear understanding of the milestones, deliverables and how they will be accomplished. No one reads long reports, so take an agile project management approach. Start small with a roadmap that can be adjusted and amended based on project learnings. When I worked in the hospitality industry, I recall objectives that focused on getting more people filling restaurant seats. You may wish to take the same approach with RFID. In the case of retail consider whether a given project gets more people to walk in a store and make a purchase. Can the consumer that initially searches for a blouse online now find that it is in stock at a local store, pick up that item and make the purchase? Might that lead to a complementary second purchase? If so, mission accomplished! It only takes a few more instances a day of customers finding merchandise that is actually on a shelf or waiting for pickup to make an RFID project successful.

Factor 6. It’s all about the data — and how stories are communicated. Ensure that current underlying data is accurate and clean. One way is to quantify anecdotal stories. I recall a healthcare experience in which one department claimed that the ER was hoarding wheelchairs. Was this actually true? If so, how many wheelchairs were affected? It was important to clarify this issue and obtain a rock solid number that the organization could agree upon and own. Cross functional teams across departments such as finance, IT and operations are important here. In addition, organizations should consider new business models or change processes that may provide visibility into more information. For example, “If we knew X then we could do Y.” Having cross functional teams can also expose groups not initially impacted by the implementation to the benefits of RFID and lead to broader organizational projects down the road.

Understanding and taking action on these factors can make a major difference in getting your RFID implementations up and running quickly and successfully while achieving rapid ROI. So consider them before starting your next retail RFID project.

Duncan McCollum is Senior Project Director at Checkpoint Systems, a division of CCL Industries. He has over 10 years’ hands-on experience with RFID and Auto-ID systems, middleware and business case development.  He is the co-author of RFID: Strategic Implementation and ROI, and frequently speaks and writes on issues involving the selection, evaluation and implementation of RFID technology to a wide variety of audiences and trade groups.  McCollum currently serves as Senior Project Director at Checkpoint Inc. with responsibility for RFID Program Management and Business Development.