Can Influencers Wield Too Much Power?

As an industry anticipated to reach
up to $10 billion by 2020 in the
U.S., influencer marketing is giving retailers and brands a fresh
way to get their product in front of the optimal audience on relevant platforms.
But these campaigns cost significant money, and can backfire if approached
without tact, especially if an influencer damages the brand in some way.

The Retail TouchPoints
team discusses whether it is possible for social influencers to wield too much influence, and suggests how
brands and retailers should protect themselves if the influencer “goes
rogue” or does something that might embarrass or diminish them.

Debbie Hauss,
Editor-in-Chief: I think the Influencer trend is going to reach a tipping
point soon. So many bloggers and other brand advocates have taken on the role
as their primary occupation that it is likely to reach saturation in the near
future. Couple that with some problematic behavior by well-known
influencers. This article on teensafe.com spotlights five of the worst
examples from  YouTube: #1 being Jake Paul who apparently lives for
“chaos.” They’re just not beholden to anyone and are haphazard with their
behavior. Other influencers are going too far in selling their services, which
dilutes their influencer credibility. All that said, it’s definitely a strong
trend right now, so it’s smart for retailers to take advantage of it while it’s
working.

Adam Blair, Executive
Editor: The question of whether influencers wield too much power is
interesting, but it raises a more fundamental question: what gives these people
their power over us mere mortals? There have been celebrities for hundreds if
not thousands of years, and they have influenced everything from hairstyles and
fashions to product purchases via paid endorsements. What’s changed is that the
gatekeepers for influence are no longer brands, ad agencies and a small group
of publishers/media, but the social media platforms that reach into everyone’s
pocket via smart devices. In theory at least, that means we’re all the
gatekeepers now. In the unlikely event that uber-beloved movie star Tom Hanks
did something unforgivably horrible, his follower numbers, and the clout they
represent, would wither away. Given the amount of misinformation and noise on
the typical social network, however, it’s not a perfectly responsive small-d
democratic system. But at least for now, it’s the arena that brands have to
play in in order to be seen and heard.

Glenn Taylor, Senior
Editor: In 2017, there was a
325% increase in searches for “influencer marketing” on Google alone,
so the concept of influencers as genuine brand-builders is nothing to scoff at.
Given that we’re at a point where nearly everyone has a Facebook or Instagram
account or watches videos on YouTube, shoppers are bound to see content from
sponsored posts of endorsed brands, likely from an influencer. Five months
after revealing it would open a dialogue
with tech platforms that display fake news, Unilever announced it
would no longer work with social media influencers who buy followers on
Facebook and Twitter. CMO Keith Weed noted that other brands should do the same
in order to avoid fraud and build trust between the influencer and the consumer.
I think this is a good start to limiting “influencer power,” particularly since
it seems too easy for people to pay for followers. In limiting this power
before it gets out of hand, I think influencers will be forced to be more
genuine and in line with brand values.

Bryan Wassel,
Associate Editor: Experts have touched on influencers in multiple recent
interviews, and the one thing they all have in common is the need for
authenticity. Being actual people is what made them stand out from standard
corporate-sponsored social media posts in the first place, but now the
identities of the largest influencers have become brands unto themselves. One
of the emerging trends I’m hearing about is the rise of micro-influencers, who
command followers in the tens of thousands rather than millions, but who
inspire greater loyalty among their fans. Shoppers can feel more connected to
lesser-known influencers, who they feel are much closer to the average person’s
level. Additionally, retailers represented by many micro-influencers, rather
than one huge celebrity, makes poor behavior on the part of one person much
less harmful to the overall brand. 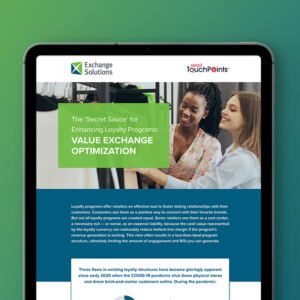