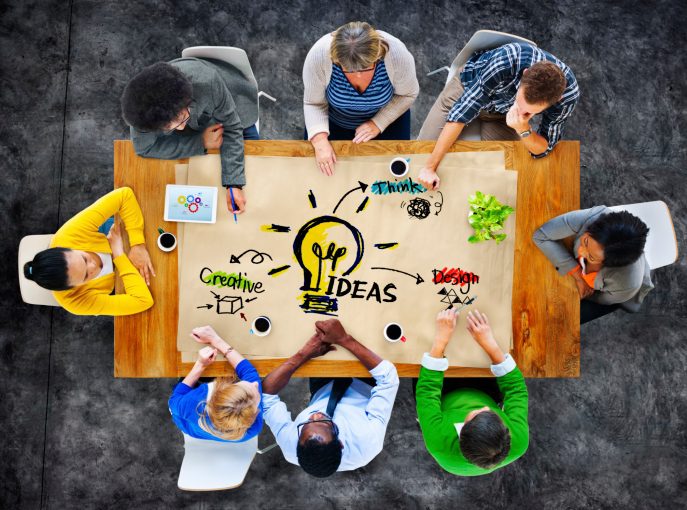 New technologies and shopping options have empowered consumers, who now expect immersive experiences that align with their personal needs. To meet these expectations, best-in-class retailers are restructuring their organizations to support collaboration and innovation across departments.

To succeed in adopting new technologies and strategies, retailers must embrace effective change management. The ability to evolve with speed and agility is now a top priority. But this has proven difficult for some retailers.

“We found that despite having a bigger appetite for change [in retail] than other industries, and a greater understanding of how critical change is to success, change was not being executed effectively,” noted Kurt Salmon in the report Why Retailers Need To Change The Way They Manage Change.

In fact, the Kurt Salmon survey results suggested that while nearly all respondents (89%) felt they had the motivation and willingness to initiate change, most felt that the proposed changes lacked support. For example, 94% of respondents said they did not see significant efforts to align the organization’s culture with the goals of the change. Another 61% said they lacked visible support from senior management, and 72% were not convinced that the people overseeing the changes were implementing effectively.

So where’s the disconnect? Although retailers have shown that they can embrace change, they also are aware of the risks involved — which makes them understandably cautious.

“Most enthusiastic change supporters often have an unrealistic view of how easy making a change will be,” wrote Kurt Salmon in the report. “When it starts to become more difficult than expected, optimism can quickly turn to frustration, even pessimism. And in retail, where many of the initiatives currently being undertaken involve new technology, the risk of taking on a difficult project is especially high.”

How can retailers properly plan for change within their organizations while minimizing risks? By removing the roadblocks to success, such as a corporate culture that believes, “if it’s not broken, don’t fix it,” or demonstrates a fear of failure.

Getting All Stakeholders On Board With Organizational Change

When organizational change lacks internal consensus, it is destined for difficulty. For example, the marketing team might place high importance on acquiring a new piece of technology, while finance executives might argue that this would exhaust resources. Internal debates such as these sap time and energy, creating roadblocks to launching new strategies effectively. The most successful changes typically require every business unit to buy in.

Consider Deckers Brands, which recently opened a digitally connected store for its UGG brand (see related story, UGG Unveils Digitally Connected Store). This new concept involved several different pieces of technology, such as mobile-enabled associates and RFID, to bridge e-Commerce with the brick-and-mortar experience. “Infinite Ugg,” for example, enables the endless aisle by providing customers access to SKUs not found on store shelves. Because the store brought digital concepts to the store, Deckers Brands had to ensure both digital and store teams worked closely together to enable success. The process began with organizational alignments.

“Aligning the people is what’s enabling us to bring the digital experiences in,” said Chad McCutchen, Director of Omnichannel Digital Technology at Deckers Brands. “People and process alignment helps to drive the technology in the stores. I think that the most important first step was to align the people and bringing what used an e-Commerce channel and a retail channel together.”

In another example, Longs Drugs, a drug store chain with approximately 40 stores, was implementing a new software solution. The chain needed to train all levels of management — from the store to the warehouse — on new software that altered the company’s focus from store-level to district-level controls. Longs Drugs had to introduce users to the new technology and the significant cultural shift of reducing store-level control. The chain worked with Clarity Consultants to create training events in Los Angeles and San Diego with a certified trainer, who explained the software’s benefits to store management and warehouse staff — minimizing the resistance to the rollout.

Both examples demonstrate how retailers managed changed by aligning and educating staff to ensure a smooth process. As McCutchen noted: “If the people weren’t aligned, we would have hit so many friction points along the way.”

Spearheading Change In A Nonthreatening Way

Fear of failure can be the biggest roadblock to organizational change. Minimizing risk of large-scale failure while removing cultural complacency is a daunting task, but it is not impossible. Many successful retailers now evaluate new ideas through low-risk, low-cost tests.

“By testing and evaluating ideas on a small scale, organizations can more accurately decide which ideas work well and warrant further investment, which ideas need to be refined and which ideas should be abandoned before rolling them out on a larger scale,” said Jonathan Marek, SVP of Applied Predictive Technologies (APT).

There are, however, cautionary tales. Consider JCPenney, which decided to shift from a heavily promotional model to one that offered everyday low prices. This initiative proved unsuccessful and affected the entire chain. By starting smaller, JCPenney could have rolled this new model out in out in a few markets before taking it chain-wide. With knowledge of the initial test results in hand, the retailer may have pulled the plug on the new strategy before it could negatively impact the entire brand.

This approach also allows retailers to prove the benefits of positive change incrementally. According to Marek, the most accurate way to prove the value of any change is to measure the incremental impact of the initiative on a broad range of key performance metrics.

Imagine a retailer that introduced a new value-priced women’s clothing line. While the merchandising team concluded that stores were selling a significant amount of items from the new line, if they had looked at the total category impact, they might have learned that existing customers were actually trading down from higher-margin items. The store has lost the margin from lost sales of higher-end products and not generating additional visits.

By encouraging experimentation, retailers gain an understanding of the initiatives that work and the ones that do not. Experimentation also provides opportunities to tinker with the program to achieve maximum impact.

“Retailers should be measuring change in sales, profit, customer satisfaction, inventory levels, and more, in the short-term, as well as changes in long-term metrics that gauge the customer relationship benefits that manifest as a result of the program,” Marek said. “For each of these metrics, retailers must be laser-focused on uncovering the incremental impact, or what would have happened in lieu of launching the initiative, while accounting for external factors, such as socioeconomic conditions and competitor actions, that can skew program assessments.”

Fortunately, retail executives now have access to real-time data that provides the insights they need to quickly ramp up a program that is working or tinker with one that is not.

For example, a retailer might run an online-only promotion that increased online sales by 5%. Although the e-Commerce team may consider this a success, this online promotion also caused a 1% decline in brick-and-mortar sales. While the promotion looked profitable initially, it quickly becomes less attractive as its impact on other channels manifested.

“Retailers must accurately understand the impact of the initiative across channels, as analyzing a program in isolation can often be deceiving,” Marek noted. “To mitigate the risk of misinterpreting the total-channel impact of an initiative, retailers should aggregate all data in one central repository and establish company-wide processes to ensure all initiatives are being measured across channels.”

Change requires buy in from all employees affected, but it is essential for senior managers to facilitate innovation and change. After all, most employees look to the C-suite for leadership. If C-level executives are not buying into change, why should anyone else? By providing the leadership that defines corporate values, the C-suite is in the primary position to create a culture of innovation within their organization.

The lines between traditional retail models and newer ones, such as e-Commerce or mobile, are now blurred. Because of these dynamics, retailers must foster innovation and agility across all levels — from stores to the C-suite. Although many retailers have demonstrated that they see the reasons to enact organizational change and have a willingness to attempt the changes required to keep up with a competitive landscape, many have encountered difficulties. However, the retailers who fail to effectively manage change risk losing market share to their competitors.